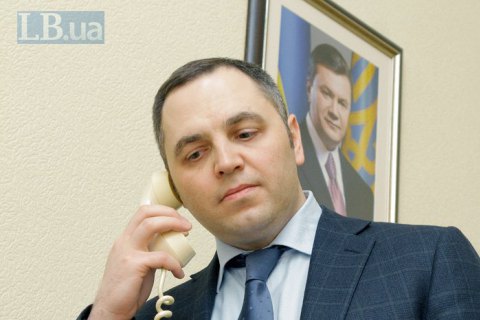 On 30 July 2019, the Prosecutor-General's Office informed Canada that there are no legal grounds for a former head of ex-President Viktor Yanukovych's administration, Andriy Portnov, to remain on the sanction list, NV has reported, quoting Deputy Prosecutor-General Serhiy Kiz's letter to the minister of foreign affairs and international trade.

According to the letter, there was no pretrial investigation into Portnov as of 29 July 2019. Portnov does not have a status of a suspect, defendant or convict.

"Considering the above, there are no legal reasons for Andriy Volodymyrovych Portnov, born 27 October 1973, to be on the List to the Freezing Assets of Corrupt Foreign Officials (Ukraine) Regulations," the letter reads.

Portnov left Ukraine after Yanukovych fled to Russia. Later he lived in Vienna. On 19 May 2019, he returned to Ukraine after Volodymyr Zelenskyy's victory in the presidential election.

He said that Portnov was going to sue the Prosecutor-General's Office, the Foreign Ministry and Ukraine's embassy to Canada for 300,000 dollars for the "unlawful application of international sanctions".

On 6 March 2014, the EU introduced sanctions against 18 Ukrainian nationals suspected of embezzling state funding and involvement in human rights abuses. Portnov was on the list. A year later, the EU extended the sanctions but removed him from the list.