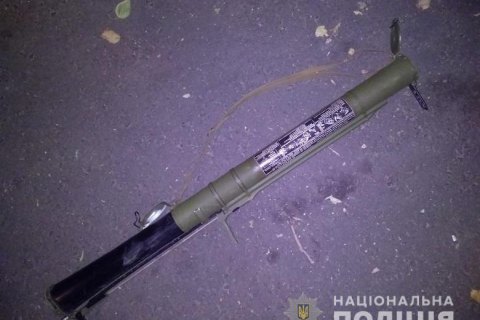 Unidentified individuals fired a grenade launcher on the office building in Kyiv's Pankivska Street in the early hours of 26 August.

The office of Ukraine's largest bridge construction company Mostobuduvannya is located in this building.

The booster was found across the street from the office. It is being examined by forensic experts.

The blast did not hurt anyone but damaged some windows and the façade.

Police are treating the incident as a terrorist attack.

Mostobuduvannya is associated with ex-MP Volodymyr Prodyvus. A bankruptcy case against the company was opened in 2017.