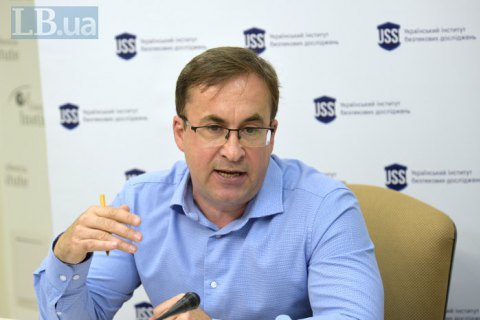 The new authorities should provide the legislative framework to enable the transformation of the defence industry as soon as possible, a board member of the Ukrainian Security Studies Institute, Serhiy Zgurets, has said at a roundtable "Key aspects of Ukraine's defence industry reform” at Gorshenin Institute.

“To change things, there is a developed package of laws, which has already been mentioned more than once. If we talk about the restructuring of Ukroboronprom, we cannot implement this so that all problems get passed on to the next investor. We must do our homework to clean out these Augean stables. We expect that in the near future a package of laws that provides for these things will be adopted by the new political authority. Moreover, the risks associated with a relationship between Ukroboronprom and the Defence Ministry will be minimized, since there are key points regarding conflict of interest in the package of these laws. While Ukroboronprom believes that it should be a customer of defence products, the Defence Ministry believes that individual enterprises should be customers. The law on the restructuring of defence enterprises, on joint ventures - they simply do not exist. We have never had a single joint venture precisely because of the lack of a legislative framework. In general, the more pertinent issue is not that of corruption but of building the framework and effective mechanisms of interaction," Zgurets said.

According to the expert, to date, out of 98 enterprises that are part of Ukroboronprom, only 54 are profitable, and the rest are unprofitable. In fact, these unprofitable enterprises are not included in the production process and just show the general picture of the entire defence industry.

“At the same time, about 60,000 employees work there. We have about 100 defence enterprises, they employ about 15,000 personnel, which are included in the process of manufacturing military products. But if we add up all the numbers, we will see that our defence industry is extremely inefficient because output per employee is about 15,000 dollars. In the meantime, in Russia this figure is 50,000 dollars, Europeans have 30,000 dollars per one worker in the defense industry, and Americans 500,000 dollars. That is, we are talking about being on a certain internal reservation and starting to create 'mythical castles'," the expert said.