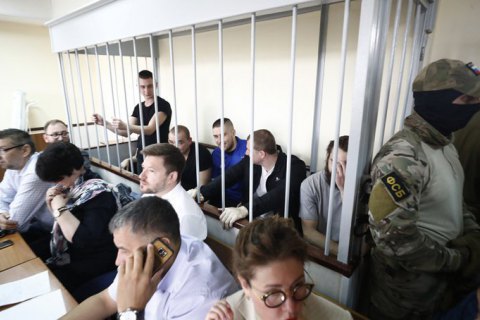 The Moscow city court has left unchanged the extension of the arrest of 24 Ukrainian sailors until 24 October, lawyer Mykola Polozov has said on Facebook.

The 24 sailors were attacked and captured by the Russian FSB off the Kerch Strait on 25 November 2018 as they were heading from Odesa to Mariupol on the Sea of Azov.

The court considered their cases behind closed doors, he added.

On 16 August, the court reject an appeal against the arrest of 11 Ukrainian sailors held by Russia.

Russia has ignored the order of the International Tribunal for the Law of the Sea to release the Ukrainian sailors.