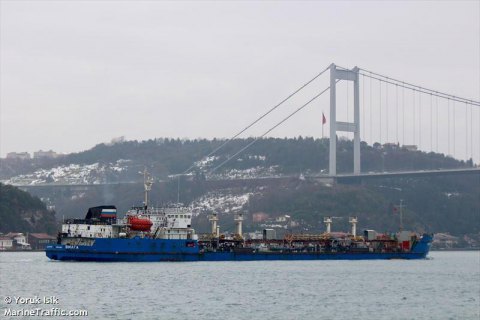 The Kherson court of appeal has upheld an appeal by the prosecutor's office of the Autonomous Republic of Crimea to impound the Mriya tanker which is suspected of supplying fuel to the Russian Black Sea Fleet in occupied Sevastopol.

On 10 August 2019, Ukrainian prosecutors searched the Mriya tanker which was moored in Kherson.

In June 2015, the vessel, which was named the Vilga at the time, supplied fuel to the Russian Black Sea Fleet in Sevastopol.