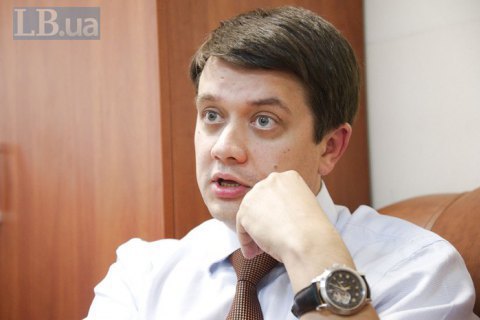 The head of the propresidential Servant of the People party and potential parliament speaker, Dmytro Razumkov, has said that an MP's salary of 50,000 hryvnyas, or about 2,000 dollars, is insufficient.

"To be honest, no, it could be bigger," he said in an interview with the NV magazine which asked him whether MPs are paid fairly.

"Although this is a good salary against the background of the minimum one, it is insufficient. We only approach the point where, for example, European deputies have a decent salary and a good social package, when a person holds on to this work and understands its prestige," he added.

Razumkov avoided answering the question about an "adequate" salary the way he sees it.

He added that 50,000 hryvnyas would be enough for him personally. "I have formed a material cushion for myself at the expense of business," he added.