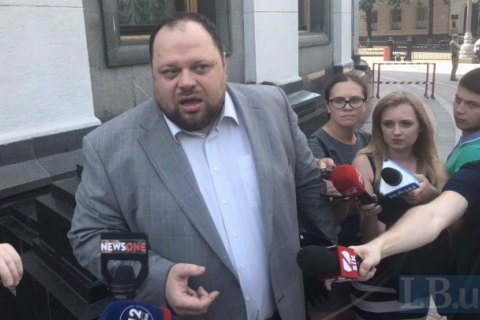 One of the leaders of the propresidential party Servant of the People, Ruslan Stefanchuk, has said that his party is ready to cede several parliamentary committees.

He expressed hope that heads of committees will become known today.

Servant of the People leader Dmytro Razumkov named the committees which the party is ready to leave to the opposition, according to Ukrinform.

These are the committees on human rights and the deoccupation of temporarily occupied territories, on the freedom of speech, youth and sports, European integration, and the commission on veteran affairs.

Artur Herasymov from the European Solidarity party said that there are plans to set up an interim ad hoc commission on veteran affairs. The party's representative and Donbas war veteran medic, Yana Zinkevych, was unanimously elected its head.