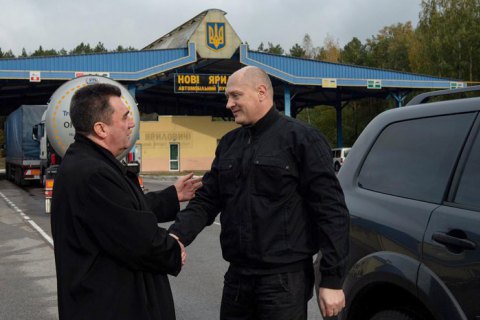 Belarus has pardoned and released Ukrainian Radio journalist Pavlo Sharoyko whom it earlier convicted to eight years in prison on espionage charges.

He has already returned to Ukraine, according to the Ukrainian presidential office.

"Another Ukrainian prisoner, journalist Pavlo Sharoyko, who was sentenced to eight years, has been pardoned and is already home in Ukraine," the message reads.

Ukrainian ombudsperson Lyudmyla Denisova said on Facebook that Sharoyko was released as a result of negotiations between presidents Volodymyr Zelenskyy and Alyaksandr Lukashenka.

Sharoyko was detained in Belarus on suspicion of espionage on 25 October 2017. In May 2018 he was sentenced to eight years in prison.

The Belarusian KGB said that Sharoyko was an officer of Ukraine's military intelligence working under cover and collecting reconnaissance.