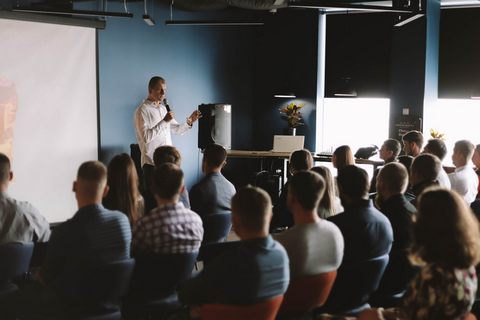 The far-right C14 movement plans to evolve into a political party, Society of the Future. Its presentation was heled on 28 September.

"Yes, we will get registered as a party. We are currently considering legal options of how to get a party structure. Collection of signatures and registration from scratch look most promising," C14 leader Yevhen Karas told LB.ua.

He added that a number of other national political and veteran organisations decided to join them.

In early 2019, Karas was arrested in Russia in absentia.