MP Bohdan Yaremenko from the Servant of the People faction has just said from the parliament rostrum that Ukraine has agreed to the text suggested by Russian representatives which concerns the holding of local elections in Donbas and the implementation of a new law on special status. What is more, we have been told that this proposal was made by OSCE Special Representative Martin Sajdik at a meeting of the trilateral contact group back on 1 September. Congratulations, we have been fooled for a month.

Now they are telling us: "This was a mandatory condition of the Russian side to holding a Normandy meeting."

Now let us make some things clear. We are not talking about some separate document but about that non-existent "Steinmeier's formula" which was imposed on us by Russia with the help of the OSCE. As Servant of the People has just confirmed, this document was formulated by Russia, which LB.ua had mentioned before.

When representatives of the single-party majority say: we are just talking about a procedure for holding local elections a new wording of the law on special status, they are simply deceiving Ukrainian society. That is because the Russian "formula" is connected to the Minsk agreements. According to the president, we are prepared to embed it into the law.

In practice, this means that first goes a new law on special status for the occupied territories, followed by an election under the monitoring of the OSCE, which literally framed us up (consequently, we should not expect them to support us). Then, after Russia legally installs its own authorities there, the withdrawal of Russian troops will begin and Ukraine will start restoring control over the border. 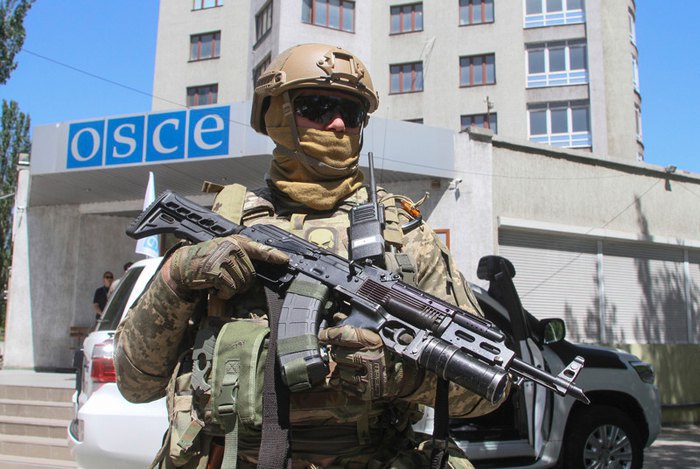 However, wait a minute, the leaders of the illegal paramilitary groups have already said that "restoring control over the border by Ukraine is not foreseen".

The more the better. Once again, the head of the parliamentary committee for international relations says: "In response (from Ukraine), the OSCE representative – not a representative of Russia or any other recognised or unrecognised party – has received a letter from Ukraine's representative in the trilateral contact group, saying that we are okay with this text. We have agreed to this."

First, I have a question: do we really trust the OSCE, an organisation to a large extent funded by Russia, in this situation? Besides are we that naïve that we cannot guess what capacities the Russian special services have and that Moscow can recruit anyone? I think there are enough Russian agents in the OSCE, who were earlier spotted during their work in its mission in Ukraine, by the way.

Second, I hope that Ukrainian diplomats remember the 1969 Vienna Convention on the Law of Treaties ratified by Ukraine. This document clearly says that a treaty enters into force after it is signed by an official representative of the participant state. Among such representatives are "representatives accredited by States to an international conference or to an international organization or one of its organs, for the purpose of adopting the text of a treaty in that conference, organisation or organ". Ukraine's second President Leonid Kuchma clearly fit the profile. 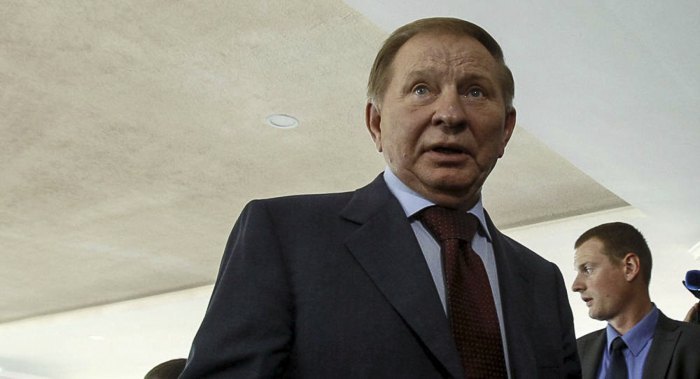 Yes, this letter was not a treaty described by the Convention. However, it was signed by our representative as part of the Minsk agreements. And they fit the requirements of this Convention which we must implement. This is what the Russians will hold us up to later.

That is why the Russian leadership is so chuffed and calls it a victory.

What is next? During a Normandy meeting, we will be forced to sign an agreement amended with regard to this letter (read the fantasy "Steinmeier's formula"), which will introduce a new procedure for implementing the Minsk agreements, which are harmful for us.

It is yet too early to talk about a new wording of the law on special status, which parliament will need to develop and present. However, there is a different issue which we can discuss. That is the initial element of security of which the Minsk agreements cannot be stripped. So now I have a very clear question: how will European countries which supported Russia interpret this element in the future? Perhaps, it will be enough for them if troops pretend (as Russia sees it) withdraw in a couple of places? Give it a thought.

However, this may turn out to be unimportant because a new document will be signed by the Normandy Four heads of state. And Ukraine will be obliged to carry out the Russian scenario.