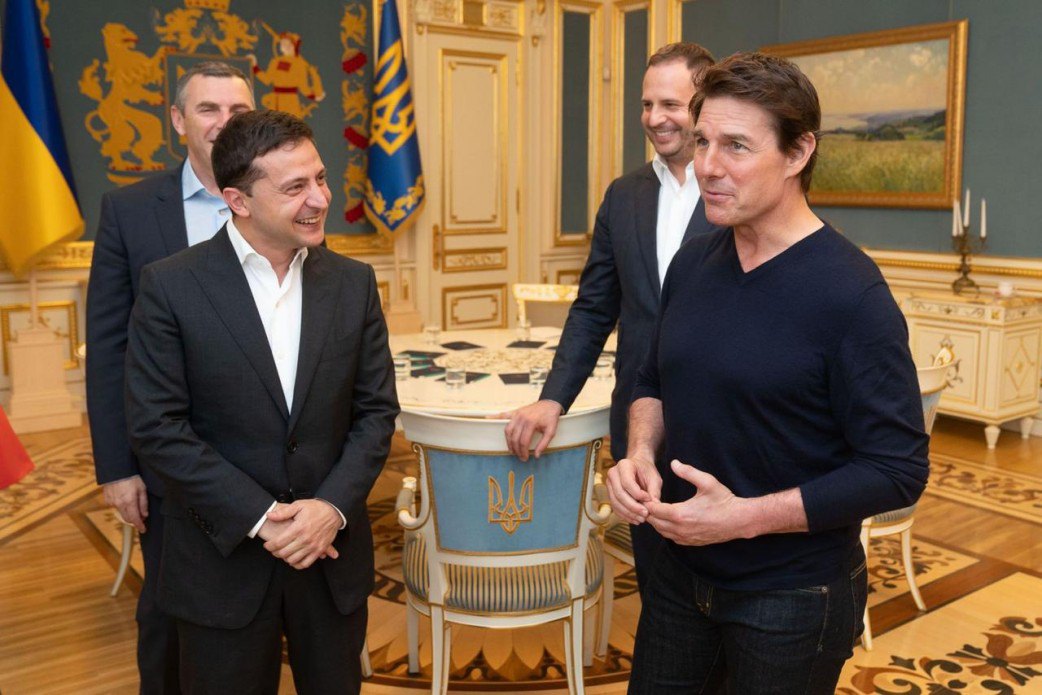 Famous American actor, film director and producer Tom Cruise has come to Kyiv at the invitation of President of Ukraine Volodymyr Zelenskyy.

They met in the Presidential Office on the evening of 30 September, the president's press service said.

Cruise told Zelenskyy that he was interested in Ukrainian locations for shooting one of his new film projects. This was another reason to visit our country.

Zelenskyy, for his part, shared his own experience in filmmaking.

He recalled that the Ukrainian parliament had recently passed a law on rebate for foreign filmmakers in Ukraine. It is expected to promote the film industry and give a boost to international co-production.