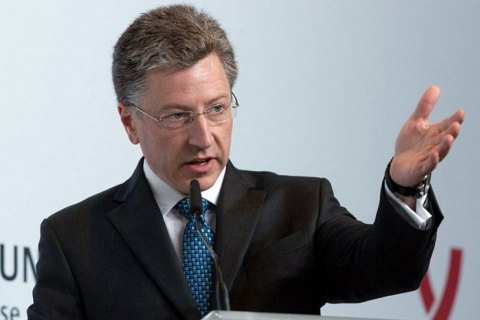 Kurt Volker, US special envoy to Ukraine, has resigned one day after the release of a whistleblower report alleging a coverup by the White House of a call between President Donald Trump and Ukraine's President Volodymyr Zelenskyy, three sources familiar with the matter confirmed to CNN.

Volker was named in the report. The State Department has not returned messages seeking comment.

Volker has become a key player in the unfolding scandal surrounding the whistleblower complaint concerning Trump's July 25 phone call with Zelensky, in which Trump pressured Ukraine to investigate former Vice President Joe Biden and his son, Hunter. CNN previously reported that Zelenskyy had joked with Volker about Rudy Giuliani, Trump's personal attorney who is also a key player in the scandal, before the phone call was made.

Volker later set up a meeting between Giuliani, who had been interested in getting Ukraine to investigate Joe and Hunter Biden, and a Zelenskyy adviser, Andriy Yermak, in an effort to get the Biden matter out of official talks.

There is no evidence of wrongdoing by either Joe or Hunter Biden.