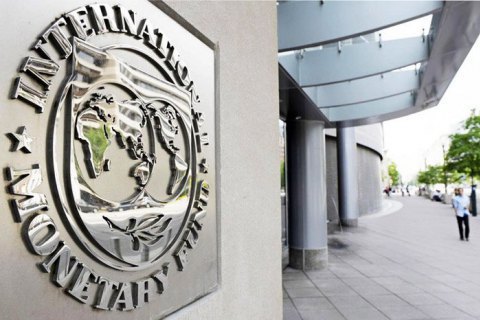 An International Monetary Fund (IMF) mission, led by Ron van Rooden, visited Kyiv during September 12-26, to hold discussions for the 2019 Article IV consultation with Ukraine. The mission also initiated discussions on a new program that could be supported under the IMF’s Extended Fund Facility (EFF). At the conclusion of the visit, Mr. van Rooden made the following statement published on the IMF website:

“The mission discussed the outlook and challenges for the Ukrainian economy in the context of the 2019 Article IV consultation. Following the deep economic crisis of 2014–15, the Ukrainian authorities have restored macro-economic stability and growth has resumed. The economy is growing at a pace of 2½–3½ percent. Sound fiscal and monetary policies and exchange rate flexibility have resulted in a sharp reduction in Ukraine’s external and internal imbalances. The overall fiscal deficit has been limited to just above 2 percent of GDP in the last two years and is expected to remain at the same level this year. The energy sector’s quasi-fiscal deficit has been eliminated—a major accomplishment. Moreover, the current account deficit has fallen to 3–3½ percent of GDP and reserves have recovered to over US$20 billion. Decisive efforts to restructure the banking system have been critical for economic stabilization and the resumption of growth.

“Growth is too low, however, to noticeably close the income gap with Ukraine’s neighbors. Per capita GDP (in PPP terms) in Ukraine is still very low—just 20 percent of the EU average, the second lowest level of all Central and Eastern European countries. Growth is held back by a weak business environment—with shortcomings in the legal framework, pervasive corruption, and large parts of the economy dominated by inefficient state-owned enterprises or by oligarchs—deterring competition and investment. A regional comparison shows that the most significant differences in reform progress between Ukraine and its neighbors are in the quality of the legal institutional framework. While there has been progress in setting up new institutions to fight corruption, tangible results have yet to be achieved. Because of the poor business environment, investment, and notably foreign direct investment, has been much lower in Ukraine than in other countries in the region. This lack of investment has limited productivity growth (labor productivity amounts to less than 10 percent of average productivity in EU countries), private sector job creation, and improvements in living standards, despite Ukraine’s well-skilled labor force. As a result, many workers seek job opportunities abroad.

“Higher, sustainable and inclusive growth is needed for incomes in Ukraine to catch up to the levels seen in neighboring countries. This will depend crucially on the implementation of ambitious reforms to support Ukraine’s transition to a full-fledged market economy. This is not an easy task and it has been a challenge in the past, when stop-and-go policies resulted in the repeated buildup of large imbalances and economic crises.

“Economic policies will need to be focused on maintaining macro-economic stability, while creating the conditions for achieving faster growth. Macro-economic stability is a sine qua non for realizing faster growth. This requires maintaining prudent fiscal policies to ensure debt sustainability, while improving spending efficiency and outcomes—including in health care and education—and supporting vulnerable households through a well-targeted social safety net. It also means maintaining a cautious monetary policy, aimed at further reducing inflation and building reserves within a flexible exchange rate regime. And finally, it is crucial to safeguard financial stability, while strengthening financial intermediation and minimizing the cost to taxpayers from bank resolutions. Ensuring central bank independence is essential for implementing these monetary and financial sector policies.

“Lifting the economy to a higher growth path also requires accelerating structural reforms. This includes most of all firmly establishing the rule of law—including through judicial reform—and decisively tackling corruption. Equally important are enhancing competition and opening up markets—particularly in the energy and agricultural sectors—and reducing the role of the state and oligarchs in the economy. Wage growth needs to be consistent with improvements in labor productivity, to safeguard competitiveness. With sustained reform implementation, Ukraine can become more closely integrated with the European economy and its supply chains, taking greater advantage also of the Deep and Comprehensive Free Trade Agreement with the EU.

“Following this year’s elections, the authorities now have an opportunity to advance much-needed reforms. They have set themselves the ambitious task of transforming the economy and achieving stronger growth to improve living standards of all Ukrainians, while safeguarding macro-economic stability, and they have already secured passage of various pieces of reform legislation. The authorities have requested a new IMF-supported program to help them achieve these objectives, by providing an anchor for their economic policies and helping to cover financing needs in the coming years. The mission started discussions on a new 3-year arrangement that could be supported under the IMF’s Extended Fund Facility. The mission has had productive discussions on policies for a new program these last two weeks, especially on fiscal and monetary policies, as well as key reform measures. It also underscored the importance of central bank independence and safeguarding financial stability, as well as the need to make every effort to minimize the fiscal costs of bank resolutions. Discussions on the new program will continue in the coming weeks.”