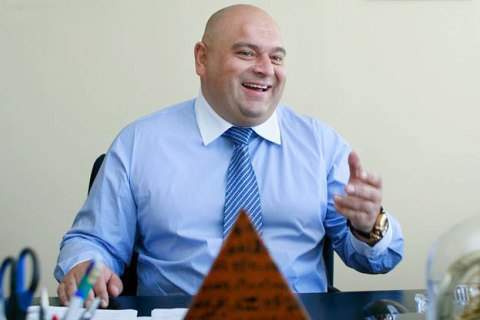 The National Anticorruption Bureau of Ukraine (NABU) has said that it does not investigate any criminal proceedings against the Burisma group of companies related to the period of time when former US Vice President Joe Biden's son Hunter worked for it.

The Bureau pointed out that it is investigating two cases against former Minister of Ecology and Natural Resources Mykola Zlochevskyy.

"The NABU is investigating criminal proceedings over the fact of misconduct by officials of the Ministry of Ecology of President Viktor Yanukovych's time when they issued special permits for the use of mineral resources to a number of enterprises founded by Burisma Limited, the final beneficiary owner being the ecology minister," the Bureau said.

It is noted that NABU detectives are investigating this case covering the period of 2010-2012.

"The changes that occurred in the composition of the board of Burisma Limited, which are now in the focus of attention of the international community, did not happen until May 2014, and therefore are not and have never been the subject of an investigation by the NABU. It is not the task of the NABU to check the activities of private companies' board members in periods which have nothing to do with the period when a criminal offence may have been committed," it explained.

Ukraine unexpectedly became one of the factors in the US election campaign, in which Joe Biden is one of the main competitors of incumbent President Donald Trump seeking re-electio. Biden Jr. was on the board of directors of Burisma Holding. The owner of Burisma is former Minister of Ecology and Natural Resources Zlochevskyy.

Zlochevskyy headed the Ministry of Ecology in 2010-2012. In 2014, he left Ukraine after the Prosecutor-General's Office suspected him of illegal enrichment and put him on a wanted list. In February 2018, he returned to the country after he was removed from the wanted list.

In December 2015, it was reported that Prosecutor-General Viktor Shokin handed the cases of Zlochevskyy and Burisma over to the NABU and the Specialised Anticorruption Prosecutor's Office (SAPO).

In the spring of 2016, Shokin was dismissed allegedly under Joe Biden's pressure. In February 2018, it became known that SAPO closed the case against Zlochevskyy's companies.

The impeachment procedure against President Trump was initiated on 25 September 2019.