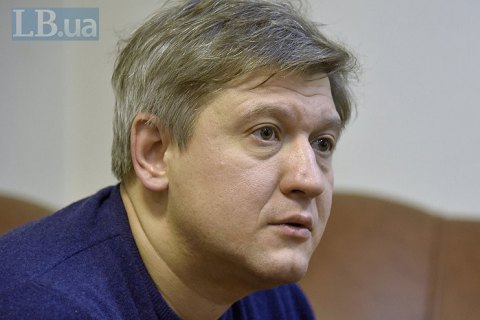 The secretary of the National Security and Defence Council (NSDC), Oleksandr Danylyuk, has resigned, according to the presidential office.

"Oleksandr Danylyuk has tendered his statement addressed to the president of Ukraine before the beginning of Volodymyr Zelenskyy's visit to the USA to take part in the 74th Session of the UN General Assembly. The president will consider it upon his return to Kyiv," it said.

Danylyuk confirmed the news and said that that he would "continue to do his job until the president's decision".

According to unofficial reports, he resigned over a conflict with the head of the presidential office, Andriy Bohdan.

According to NV.ua, Bohdan allegedly tried to influence NSDC decisions. Ukrayinska Pravda also said that Danylyuk could not agree with "Bohdan-style" management.

Another reason for his resignation is tycoon Ihor Kolomoyskyy's alleged attempts to boost his influence on Ukrainian politics and receive a refund for the nationalization of his former bank PrivatBank.

Some unnamed officials who talked to Ukrayinska Pravda described Danylyuk as a "hardly efficient manager". "He is mediocre and engaged in intrigue. He has not shown any result since his appointment. They thought about sending him to the USA as ambassador but it is risky too."

Danylyuk was appointed NSDC secretary in May 2019.