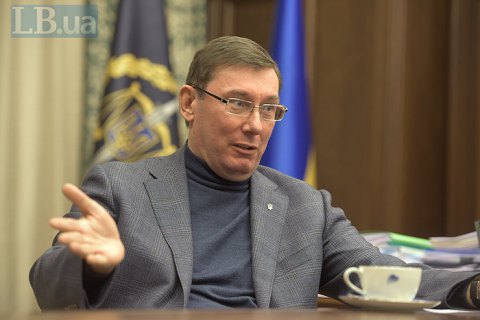 Former Ukrainian Prosecutor-General Yuriy Lutsenko is ready to testify in the US Congress in the impeachment case of US President Donald Trump, if necessary.

He said this in an interview with the BBC prior to his travel to London.

"Why not? I am absolutely open and I know that all my actions were legitimate, all my statements were legitimate, I am afraid of nothing. I fear for my country because it seems to me that Ukraine has fallen prey inside a big American storm. I want to protect my country," he said.

Lutsenko also noted that he never spoke with Trump but met his lawyer Rudi Giuliani on multiple occasions. According to him, this was normal communication, no-one assigned tasks to anyone.

"I have known Giuliani for a long time. He invited me three times. On two occasions I did not have such an opportunity but in January I was on vacation and we met. It is important that I did not work as prosecutor-general because I was on vacation with my son in New York. And we had small consultations on the peculiarities of Ukrainian legislation, Ukrainian law-enforcement agencies, as well as some important questions about the return of 7 billion of the "Yanukovych mafia" to Ukraine, as well as the Burisma case, which was of interest to Mr. Giuliani," Lutsenko said.

"After this meeting, as well as the subsequent meeting in Warsaw, nothing has changed in these cases. In the first case, as I have said, 200m hryvnyas were paid to the budget. The Prosecutor-General's Office is working on another case about possible money laundering even before Hunter Biden became a member of the board of directors of Burisma. Nothing has changed," he added.

Lutsenko also said that Ukraine had no jurisdiction to investigate Joe Biden and his son Hunter. According to him, this is the jurisdiction of the United States.

Lutsenko went to the UK to perfect his English, as he put it. He will spend the next month and a half abroad.