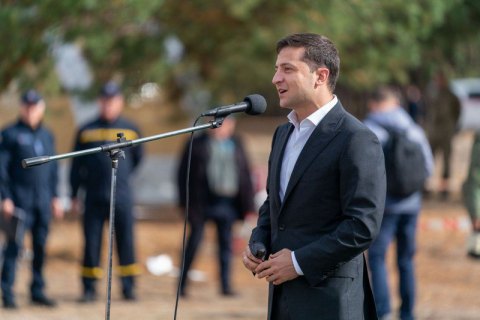 President Volodymyr Zelenskyy has said that Kiev is unlikely to publish the Ukrainian transcript of his phone conversation with US President Donald Trump on 25 July.

"There are certain nuances and things which I think it would be incorrect, even, to publish," he told journalists during a visit to the village of Stare in Kyiv Region where the National Guard was holding an exercise, according to Reuters.

The White House published its summary of the call last week. It showed Trump, a Republican, asking Zelenskyy to investigate one of his main rivals in the 2020 election, former US Vice President Joe Biden, and his son Hunter, who sat on the board of a Ukrainian gas company.

Asked whether Kyiv would open an investigation into the claims against Joe Biden and his son Hunter, per Trump’s request, Zelenskyy said Kyiv would not act solely on the orders of other countries.

"We can’t be commanded to do anything. We are an independent country," Zelenskyy said.