What does the CIA have to do with it?

Let's reason it out. A complaint by an American intelligence officer about Trump allegedly pressuring President Zelenskyy was published these days. At least, this is according to the document which was cleared as not classified. It says that the president of the United States asked Zelenskyy to do him a favour and sort out the so-called corruption scandal involving Joe Biden, the former US vice president and Trump’s main opponent.

It is clear that the transcript of the telephone conversation filed by the White House differs from the text of the complaint presented by the House Intelligence Committee. However, both texts indeed have a paragraph where Trump asks Zelenskyy to provide such a service.

However, it is not so much about the document as about the position of the whistleblower. According to The New York Times, this is a CIA officer who worked in the White House. 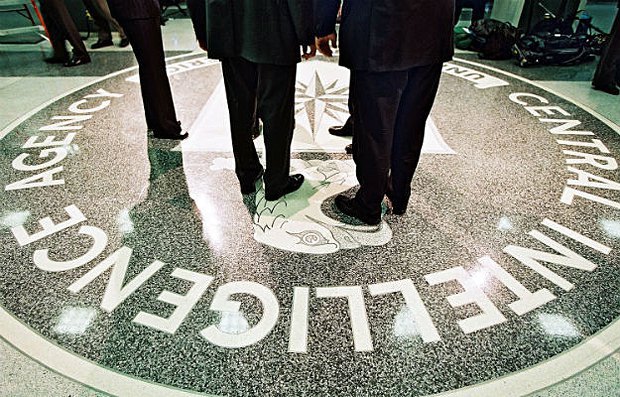 In other words, we are talking about a US foreign intelligence officer who was authorisd to work in the country's highest executive body and has been analysing Trump's conversations for a long time. He has collected the missing documents, talked with various White House employees (judging by the notes) and eventually handed all the evidence incriminating the president, as he apparently believes, over to the Congress. Once again: a CIA officer, if, of course, The New York Times got it right.

It also seems doubtful that such things would be done without notifying the leadership of the intelligence agency. Someone had to give an order. By the way, the fact that the acting director of the US National Intelligence Agency, Joseph Maguire, refused to provide the legal adviser of the accuser with the necessary degree of access to classified information so that he could provide assistance to his client says a lot. For example, that someone is looking for an opportunity to get around Maguire.

Let us return to Volker's personality. Here is what the whistleblower says: "On 26 July, a day after the call, US Special Representative for Ukraine Negotiations Kurt Volker visited Kyiv and met with President Zelenskyy and a variety of Ukrainian political figures. Ambassador Volker was accompanied in his meetings by US Ambassador to the European Union Gordon Sondland. Based on multiple readouts of these meetings recounted to me by various U.S. officials, Ambassadors Volker and Sondland reportedly provided advice to the Ukrainian leadership about how to “navigate” the demands that the President had made of Mr. Zelenskyy." 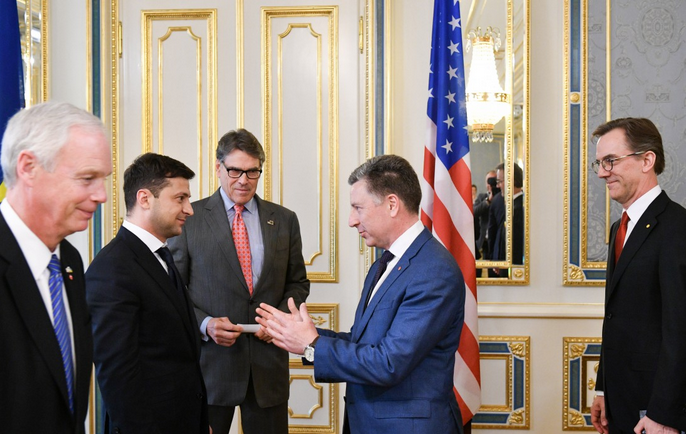 Let's not forget that Kurt Volker is a product of the CIA system. He was officially employed there. Subsequently, he worked under the administrations of George W. Bush and Barack Obama. He is an official representative of the US Department of State. Many call him a political hawk. And the fact that he - and a few other people from the American government - decided to get involved in an open confrontation means that some support was received. Who from (given the rich biography of the special representative) is a question. However, here we can talk about the collective interest of part of the intelligence and diplomatic communities.

The main person in the negotiation process between Trump and Zelenskyy to this day has bee the personal lawyer of the president of the United States, Rudolph Giuliani. Here is what the whistleblower has to say about him in his complaint: "State Department officials, including Ambassadors Volker and Sondland, had spoken with Mr. Giuliani in an attempt to “contain the damage” to US national security." Moreover, he also says that the Ukrainian leadership was led to believe that a meeting or phone call between the President and President Zelenskyy would depend on whether Zelenskyy showed willingness to make a deal with Mr. Giuliani. It concerns the transfer of conditional compromising evidence on Biden by Ukraine.

Today, amid reports about Volker’s resignation, Giuliani said that the US special envoy was involved in organising meetings with people from Zelenskyy’s entourage, in particular with the Ukrainian president's aide, Andriy Yermak. Trump's lawyer published a scan of his communication with Volker about the organisation of this meeting.

"Connecting you here with Andrey Yermak, who is very close to President Zelenskyy. I suggest we schedule a call together on Monday” Volker said in the text message, according to Giuliani. 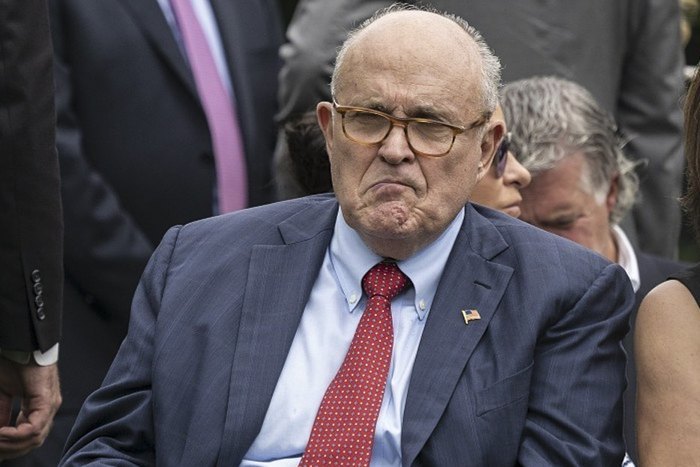 That brings an absolutely simple question: what role did Volker actually play in all these meetings between Giuliani and Ukraine's representatives? What was it: the intermediary services of a representative of the Department of State or the collection of information compromising Trump? Perhaps all this time we have been watching fishing with live bait by individual Americans. The only question is who was caught: Trump or representatives of the Ukrainian elite? Or both maybe?

It’s too early to make any forecasts. We have not even seen the official confirmation of Volker's resignation.

If we talk about Ukraine, the position of the special representative was important nevertheless: he was determined to pursue a tougher policy against Russia. However, recently Volker has stopped to play a dominant role. His communication with Putin’s assistant Vladislav Surkov no longer had any influence on the process. This platform has lost much of its status after the recent developments in the Kremlin. Now there is a new line of communication: Russian Deputy Prime Minister Andrey Kozak - Zelenskyy’s aide Andriy Yermak. These people are currently responsible for making decisions. Volker is no longer necessary in this coordinate system.

The only thing that is interesting is the further behaviour of the US intelligence agencies. There are many disgruntled people there. There are many reasons: disrupted surveillance over the DPRK leader, Trump's certain steps which put at risk the agents in Iran, and the failure of the operation to expose the killer of Arab journalist Jamal Khashoggi. This also includes Trump sharing secret information about ISIS in Syria with Russia, a step that put at risk the life of an Israeli intelligence officer from Mossad. And do not forget about the emergency pullout of a valuable agent from Russia, the agent who had access to the negotiations between Trump and Putin. The step had to be taken after the head of the White House shared information about ISIS with Putin.

For some reason, it seems that Trump simply crossed the "red" line in relations with his own special services. Well, all that remains is to wait and see what the witnesses in the case of the telephone conversation between the two presidents, including Kurt Volker, have to say.