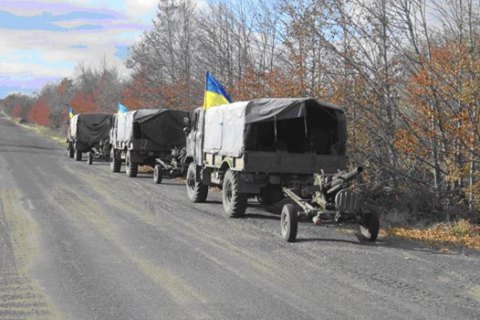 The Minsk contact group has agreed on a disengagement of forces near Petrovske and Zolote in Luhansk Region, President Volodymyr Zelenskyy has said at an urgent briefing.

"An agreement has been reached on the start of disengagement - I congratulate everyone on it - in Petrovske and Zolote. I want to reassure the local population, I personally guarantee that you will be protected and the withdrawal of the military will not affect your security," Zelenskyy said.

The president drew an example of the disengagement of troops in Stanytsya Luhanska where everything went well and the bridge is now being restored. He also promised that the bridge would be finished before the end of November.

The disengagement of forces in Zolote and Petrovske will begin on 7 October, according to Martin Sajdik, OSCE Special Representative at the trilateral contact group (TCG) on Ukraine.

According to him, this step was taken and "Steinmeier's formula" was agreed at the request of the Normandy Four. He added: "I hope that the TCG contributes to further work in the Normandy format."

Earlier, Zelenskyy explained the provisions of the so-called "Steinmeier's formula" and said that it would operate on a permanent basis, provided that local elections in Donbas are held in accordance with the Constitution and legislation of Ukraine and the OSCE finds them in compliance with its standards.