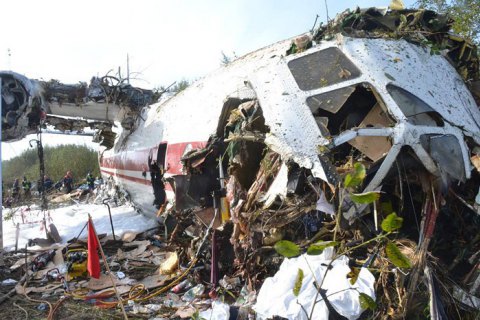 Five people onboard an An-12 transport aircraft got killed as it made a crash landing 1.5 km from the runway of Lviv airport, the State Emergencies Service has said. The incident took place in the village of Sokilnyky.

The turboprop owned by Ukraine Air Alliance was flying from the Spanish city of Vigo to Turkey's Istanbul and was to stop in Lviv for refuelling.

Infrastructure Minister Vladyslav Krykliy said that there were seven crew members and one members accompanying the cargo.

According to preliminary reports, the crash landing was due to the lack of fuel or a pilot's mistake.

There were 10 tonnes of cargo onboard.