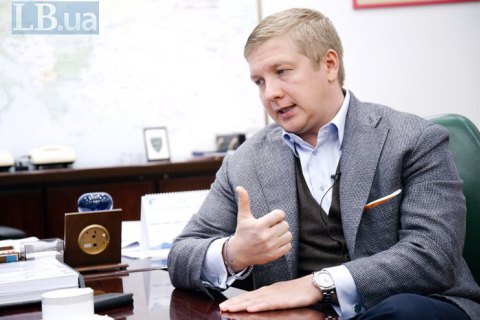 In early March, two Soviet-born Florida real estate entrepreneurs, Lev Parnas and Igor Fruman, and an oil magnate from Boca Raton, Florida, named Harry Sargeant III, were touting a plan to replace Naftogaz CEO Andriy Kobolyev with another senior executive at the company, Andrew Favorov, according to two individuals who spoke to the AP as well as a memorandum about the meeting that was later submitted to the US Embassy in Kyiv.

The three approached Favorov with the idea of US gas imports while the Ukrainian executive was attending an energy industry conference in Texas. Parnas and Fruman told him they had flown in from Florida on a private jet to recruit him to be their partner in a new venture to export up to 100 tanker shipments a year of US liquefied gas into Ukraine.

Dale W. Perry, an American who is a former business partner of Favorov, told AP in an interview that Favorov described the meeting to him soon after it happened and that Favorov perceived it to be a shakedown.

Favorov told him that Parnas told him Trump planned to remove US Ambassador Marie Yovanovitch and replace her with someone more open to aiding their business interests.

According to the AP, the contacts took place in early March 2019 while Parnas and Fruman were trying to arrange a meeting between Trump's lawyer Rudy Giuliani and Ukrainian authorities.

In May, US Energy Secretary Rick Perry traveled to Kyiv to serve as the senior US government representative at the inauguration of the county’s new president.

In a private meeting with Zelenskyy, Perry pressed the Ukrainian president to fire members of the Naftogaz advisory board. Attendees left the meeting with the impression that Perry wanted to replace the American representative, Amos Hochstein, a former diplomat and energy representative who served in the Obama administration, with someone “reputable in Republican circles,” according to someone who was in the room.

A second meeting during the trip, at a Kyiv hotel, included Ukrainian officials and energy sector people. There, Perry made clear that the Trump administration wanted to see the entire Naftogaz supervisory board replaced, according to a person who attended both meetings. Perry again referenced the list of advisers that he had given Zelenskiy, and it was widely interpreted that he wanted Michael Bleyzer, a Ukrainian-American businessman from Texas, to join the newly formed board, the person said. Also on the list was Robert Bensh, another Texan who frequently works in Ukraine, the Energy Department confirmed.