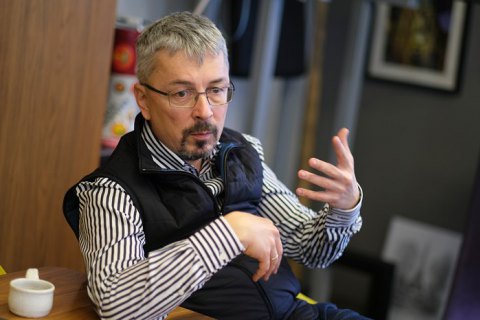 Ukrainian MP Oleksandr Tkachenko has filed a declaration stating his interest in becoming the chairman of the Kyiv city state administration.

He is a former director-general of One Plus One, the media group associated with propresidential tycoon Ihor Kolomoyskyy.

The declaration of intent does not mean that he will automatically replace Vitaliy Klitschko but this possibility has been rumoured for months.

Tkachenko was elected to parliament on the list of the propresidential Servant of the People party (No 9 on the list).