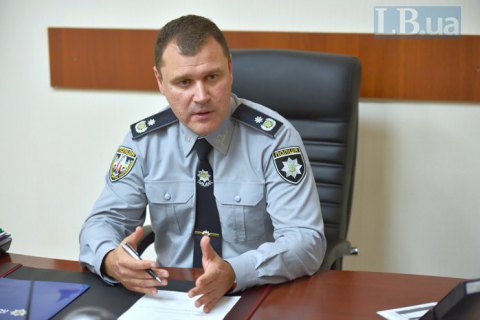 The National Police are launching special response teams that will respond exclusively to cases of domestic violence, National Police chief Ihor Klymenko has said in an interview with LB.ua.

A pilot project called "Polina" (short for "police against violence" in Ukrainian - ed.) was launched in three regions in 2017. Based on the positive results, it is now planned to launch it throughout Ukraine.

"Since 2017, this project has been underway in Kyiv's Darnytskyy district, Odesa's Malynovskyy district and the city of Severodonetsk in Luhansk Region. I think that we will launch Polina all over Ukraine very soon. These will be the first 45 crews who will get cars, modern technical equipment and will be effective enough," he said.

In addition, he said, with the launch of units that will deal with domestic violence - together with foreign partners - it is planned to create a nationwide database with a system of blue, yellow and red cards in accordance with the level of domestic violence. If a woman used excessive self-defence against the aggressor who had such cards in his profile, the charges against her will be softened.

"There is a different problem in fact! When the police respond to a complaint about domestic violence, women often refuse to file a statement or take it back in a day or two... They are afraid. And no law will help here. The level of citizens' self-awareness needs to improve, it is necessary to acknowledge this problem and be willing to fight against it together with us. That is what is important," he concluded.