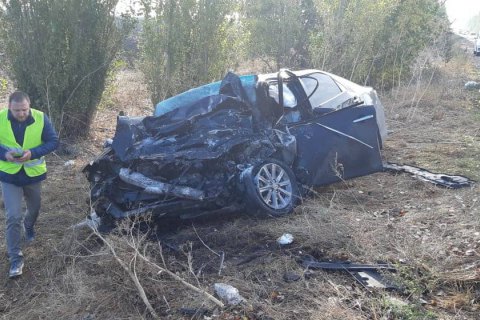 Mykolayiv Region's criminal police chief Serhiy Sydorenko and acting chief of the department for drug crimes Volodymyr Illichko were killed in a car crash not far from Mykolayiv on the morning of 8 October.

The Toyota Camry carrying the police officers hit a Lexus GX 460 head-on. The Lexus driver was admitted to hospital.

A criminal case was opened over a deadly violation of traffic rules.