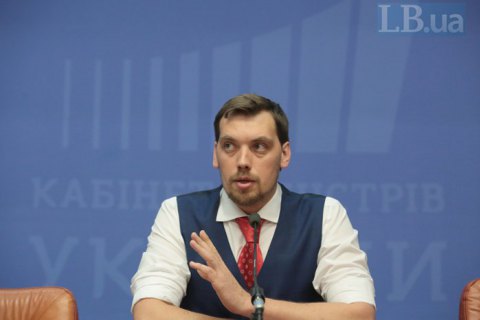 Ukrainian Prime Minister Oleksiy Honcharuk has said that defence spending will be increased next year.

"It’s being discussed in public domain that we plan to reduce defence spending and some social benefits. This is not true. Next year, defence spending will even be increased," he said at a briefing in Kyiv on Tuesday.

According to him, the share of security and defence spending will remain at 5.4% of the total budget, this is 245.8bn hryvnyas, including 133.6bn hryvnyas in spending on the Defence Ministry. "Last year, if I’m not mistaken, it was 101.7bn hryvnyas,” the prime minister said.

He noted that while Ukraine is in a state of external aggression, there will be no reduction in defence spending or social standards of the military.

"All assistance, social payments to servicemen have not been reduced, but rather on the contrary, they have been increased. If we talk about monetary support, including severance assistance, it was increased in the draft [budget] even before the first reading. All one-off assistance in case of death or temporary disability is also included. If we talk about housing, let me draw your attention to the fact that 223 million more has been allocated to accommodation and 500 million to the provision of housing for veterans," the minister said.

The head of the parliamentary committee on social policy and the protection of veterans' rights, Servant of the People MP Halyna Tretyakova said in an interview with ArmyInform that her party plans to initiate an audit of benefits and social payments currently available to servicemen.

Many perceived this as an intention to cut benefits for veterans of the Russian-Ukrainian war, and calls were even made for her dismissal.