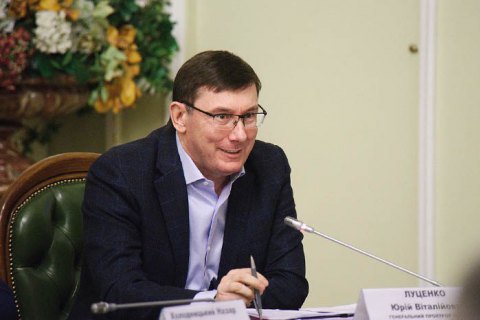 Ukraine can assist the US law enforcement in the Biden investigation, but it cannot initiate an investigation on its own as the matter goes beyond the jurisdiction of the state. This has been stated in the interview with the Radio NV by the former Prosecutor-General of Ukraine Yuriy Lutsenko.

"I do not see any jurisdiction of Ukraine in these matters. To move the point of searching for the truth in regards to the US elections to Ukraine is the worst thing to come up with, in my opinion. Especially in the circumstances where we have no jurisdiction over the actions of certain American politicians (it does not exist, in fact)," Lutsenko said.

In his view, to initiate such an investigation by us and on our own initiative means “to place us in the position of guilty in the end”.

"Mr. Zelensky’s statement that the matter should be discussed by the law enforcement heads, acting together via a joint investigation team, is a perfectly correct approach, both politically and legally," the former Prosecutor General emphasised.

According to Lutsenko, the sooner the case goes from politicians to the law enforcement, the better it will be for finding the truth and for the US-Ukrainian relations. The US and Ukrainian law enforcement authorities can cooperate through the requests system, as has been for many years in the Lazarenko case, or through the establishment of a joint investigation team.

"Both Biden Sr. and Biden Jr. did not violate the Ukrainian laws in Ukraine. However, there are many reasons to believe that the US laws may have been violated. Therefore, Ukraine cannot initiate a case against the Bidens, as we do not have jurisdiction over it. At the same time, if America initiates such a case, then Ukraine will certainly provide legal assistance within the frameworks of the international agreement," explained the former Prosecutor General.

Lutsenko noted that he had explained this reasoning to the US President’s lawyer Rudolph Giuliani during the meeting in New York. The meeting itself was held at the invitation of Mr. Giuliani, and Lutsenko took a vacation during the trip.

"It was, in my opinion, the only way to try to get a joint investigation into the money of the organised criminal gang of Yanukovych, a huge part of which, according to our data, is in the United States of America," Lutsenko said, adding that we are talking about $7 billion.