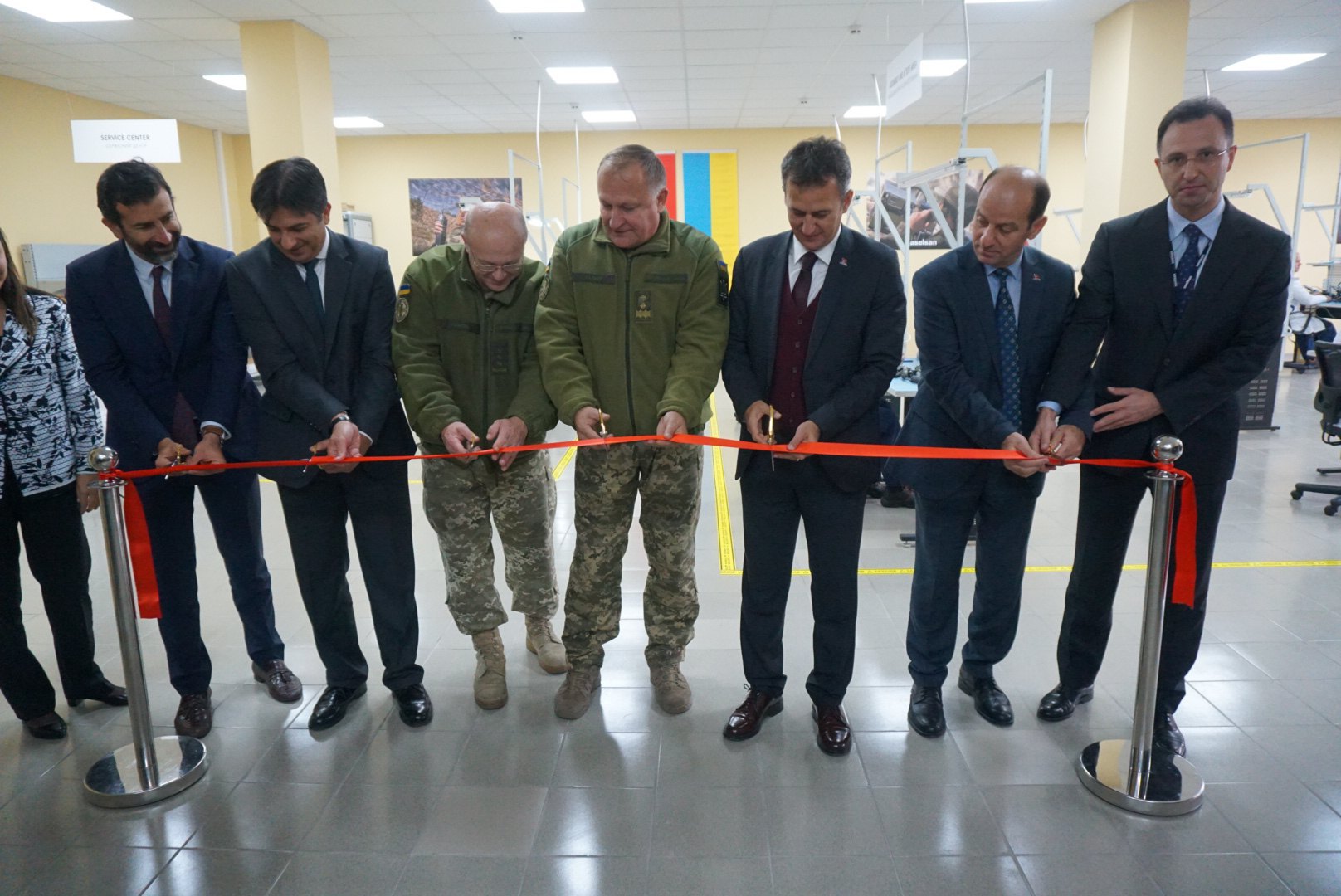 Turkey's Aselsan has opened a radio assembly line in Ukraine as part of the two countries' efforts to expand military and technical cooperation, Defense Express has reported quoting a representative of the Turkish company.

Representatives of Aselsan and Ukraine officially opened the facility on 10 October.

It will assemble radio stations which Aselsan has been supplying to Ukraine under a contract with the Ukrainian Defence Ministry. These are the VRC-9961 tactical radio family (10 watt and 50 watt), PRC-9651 portable radio (5 watt) and PRC-5712 soldier radio (125 megawatt). With this facility in operation, the company will be able to provide the Ukrainian armed forces with new communication means at speed.

In 2017, the Ukrainian army picked up Aselsan radios as a result of competitive tests and has been them for the ground, rocket, artillery and air defence troops. Apart from additional agreements on the supply of radios, the sides signed an offset agreement on the supply of up-to-date software and technology.

The chief of the communications troops at the Ukrainian Armed Forces, Lt-Gen Volodymyr Rapko, said that the Turkish company had met the four key requirements: quality, price, manufacturing in Ukraine and a special research by relevant Ukrainian agencies.

"The Ukrainian Armed Forces have spent a long time selecting radios. We picked two: American and Turkish. Both meet our demands. These radios cannot be jammed by Russian radio warfare units. The Russian Federation has come a long way advancing radio warfare means but these radios make all their efforts irrelevant. Besides, they do proper ciphering to prevent the enemy from listening. These radios are in line with NATO standards," he said.

In the course of 2019, Ukrainian military and Aselsan engineers implemented a number of projects aimed at improving communication systems in the Armed Forces. One of these solutions was the addition of the DMR (Digital Mobile Radio) mode to the Turkish companies' communication devces. This mode provides enhanced protection of the radio network from listening. It also facilitates the re-equipment of the Ukrainian Armed Forces with new radio stations since it ensures interaction between the units equipped with Aselsan radios and those units that use Motorola devices.

"The communications troops are very pleased that finally, all the requirements to radio stations have been met. Aselsan radios meet our performance requirements. They cost cheaper than similar devices we were offered. Radio stations undergo special research and soon we will be able to use them to transmit information with limited access. The Turkish side is rapidly improving radio stations taking into account all our wishes. With the opening of production in Ukraine, this process will accelerate. Now that the Turkish side has met all the requirements, we are accelerating the re-equipment of the Armed Forces. I believe that this is a significant contribution to our victory over the enemy," Rapko said.

Radios that are purchased in the interests of the Armed Forces of Ukraine belong to the modern family of communication devices based on the software-defined radio (SDR) technology, which means that the basic parameters of the device are determined by software. The systems are designed in accordance with NATO standards requiring them to be highly tolerable to enemy countermeasures.

Col Evhen Stepanenko, head of the Kruty Heroes Military Institute of Telecommunications and IT, noted: "Digital radio stations definitely have an advantage over analog ones, which we had when we started fighting in 2014. Aselsan radio stations are not inferior to the American ones but they have a much more "pleasant" price, moreover they will be assembled here in Ukraine. They fully ensure the range of characteristics necessary for planning missions as well as on the battlefield. Time will show how reliable they are but for now, cadets describe them as modern communication devices that meet the needs of the units that use them." 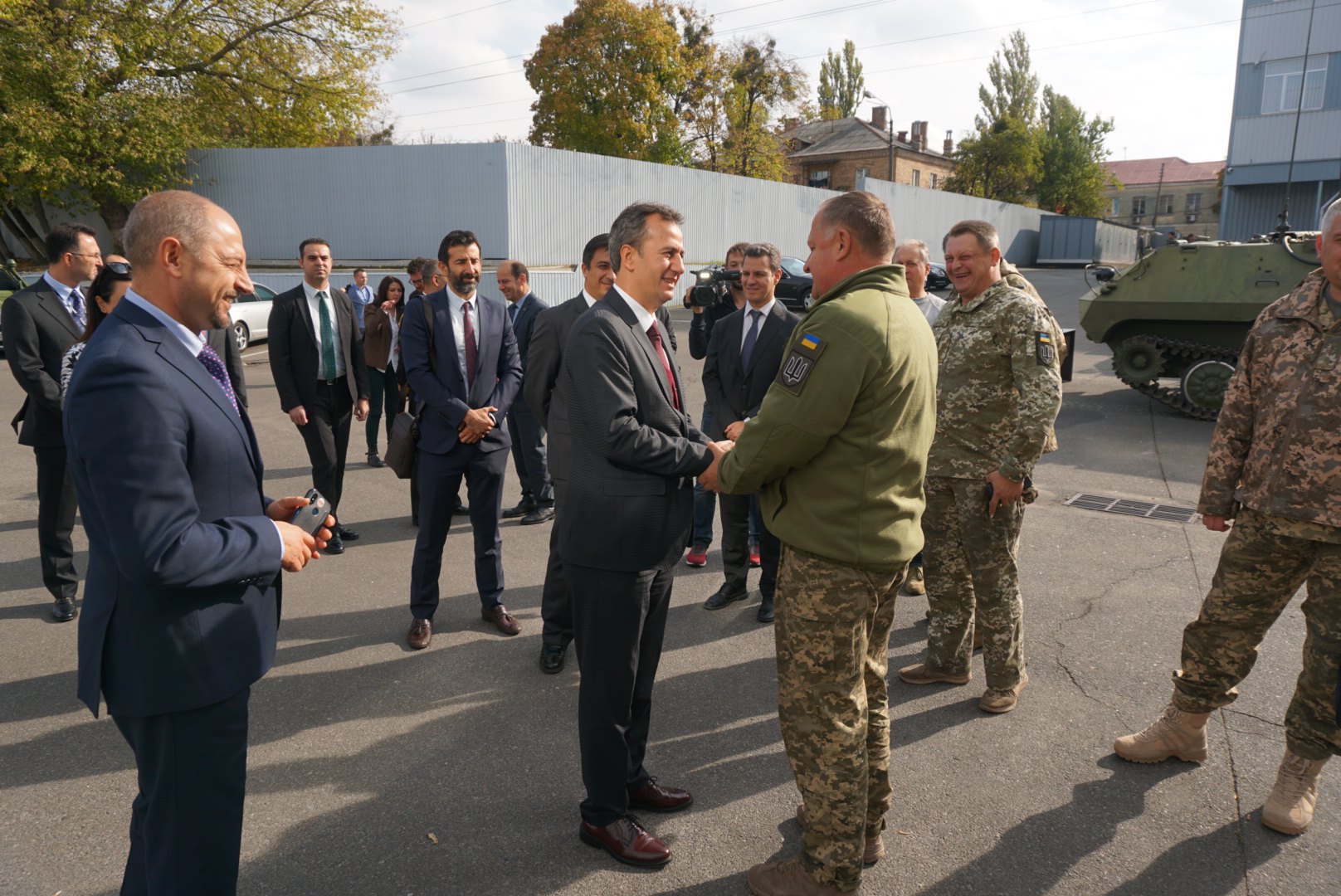 For his part, the Turkish ambassador to Ukraine, Yagmur Ahmet Guldere, who attended the opening of the facility, said: "Ukraine and Turkey are strategic partners. We have established the Presidential Strategic Council. One of the areas in which our cooperation has been developing recently is defence. Baykar, which President Zelenskyy visited during his visit to Turkey and where he signed an agreement (Turkish company Baykar Makina with which Ukraine signed an agreement on the purchase of the Turkish drones Bayraktar TB2 in 2019 - Ed.), and Aselsan are modern "stars" in this sector. And today's agreements are only the first steps. We will continue such joint projects."