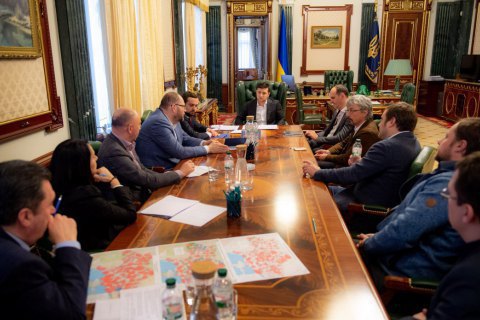 President Volodymyr Zelenskyy and representatives of the key media groups have agreed on the launch of the unencrypted satellite international versions of nationwide channels by 16 March, the presidential office has said.

The operators of satellite TV, Xtra TV and Viasat, must develop social satellite TV packages with the lowest subscription fee for socially vulnerable groups. This way they will have access to encrypted channels.

Besides, Zelenskyy suggested that the digital terrestrial TV provider Zeonbud change the modulation of its signal. This will expand digital TV coverage and make it easier for people to access TV. The provider must also install transmitters in 47 population centres by 1 May.

Zelenskyy said that the issue of broadcasting is also a matter of strategic protection of Ukraine’s information security.

“We have a large number of letters and thousands of calls to the presidential office, saying that Ukrainians cannot receive this signal because of the encoding and thus cannot watch Ukrainian TV. This is especially true for the area along the line of contact and temporarily occupied territories,” he said.

According to the president, because of this Russian TV channels became an alternative to Ukrainian broadcasting.