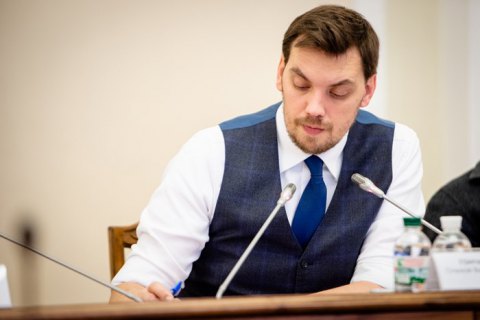 Prime Minister Oleksiy Honcharuk has commented on the rumours that he may be replaced by businessman Serhiy Tyhypko.

“They keep dismissing me for as long as I remember myself,” he said after a government meeting on 26 February.

“The government is working in its normal, regular mode. Every day we step on the tail of some corrupt affair… Therefore I got used to seeing such media reports. No, I have not tendered any resignation letter. Neither had I discussed any issues to this effect with the president,” he added.

He noted that he had met Tyhypko “like many others”. “Over the past month, I have checked around 20 people. We need advisers to strengthen every post in the government with people who are well versed in the industry,” he said.

On 25 February, the Kyiv Post reported, quoting its sources, that President Volodymyr Zelenskyy is considering candidates for the prime minister.

LB.ua’s sources confirmed this information. One of them said that the issue was 99% decided.