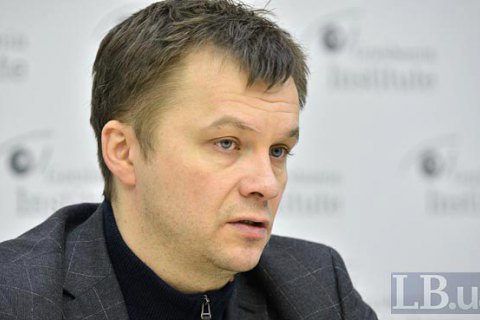 Economic Minister Tymofiy Mylovanov has said that the outbreak of the COVID-19 coronavirus in China will have a moderate effect on the Ukrainian economy.

The minister said that, according to various estimates, the epidemic could slow down the growth of China's GDP by 0.5-0.8 percentage points compared to 2019, and that of the global economy by 0.1-0.3 percentage points.

“There may be more negative scenarios if the virus begins to spread rapidly in other countries. Not 5, not 10, not 20, but tens of thousands of people. Then it will greatly affect travel, tourism. But tourism takes a small percentage, so for us the influence will be insignificant,” he said at a briefing.

According to him, the main channel of influence on the Ukrainian economy will be foreign trade. The coronavirus epidemic can change its volume and structure.

“We export goods to China, our export is 45% [of GDP], of which Ukrainian exports to China account for 7.2% of the total volume of goods. This is 2.8% [of GDP]. Of these 7% a third is iron ores and concentrates. The rest is corn, sunflower oil. There may even be an increase in [corn] in corn and oil. What can happen to ore? Maybe demand in China will decrease, but there may be a substitution effect: if China does not produce metal, it will be produced by other countries, including by us," the minister said.

Imports of goods to Ukraine for the year exceeded exports by almost $11 billion.

“In terms of imports, China supplies consumer goods that we can replace with either local or European ones. The same applies to Chinese components and equipment. The share of imports from China in 2019 amounted to 15% of total imports. The most important were diodes and transistors, telephones and their parts, automatic information processing machines, that is, electronics. All of this can be replaced from other countries in Asia or Europe," he said.

“We do not expect any significant problems for our value-added chains. Rather, imports can become more expensive, which is generally good for the economy, especially for domestic producers,” Mylovanov summed up.