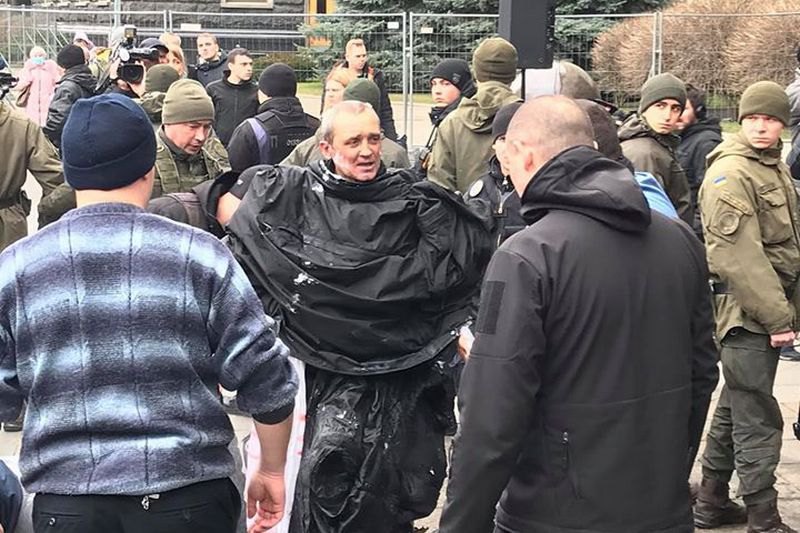 A man has sprayed himself with petrol and set himself on fire during a picket outside the presidential office.

Journalists on the site said that the fire was quickly put out and the man survived but got light burns. He was handed over to doctors.

According to Informator, he was in despair over land problems. He set himself on fire to try and draw attention to his problem.

The presidential office said on Telegram that the man survived but suffered light burns. He was taken away by an ambulance for examination and treatment.

“According to preliminary reports, the man who committed an act of self-immolation outside the presidential office of Ukraine was not taking part in a rally of medical workers. He came there minutes before setting himself on fire. The police are identifying him. According to preliminary reports, he lives in Sumy Region and has problems with the local authorities,” it said.

Presidential press secretary Yuliya Mendel said at a briefing that he was covered in gasoline.

“There were men close to him, who held jackets and they quickly put out the fire,” she added.