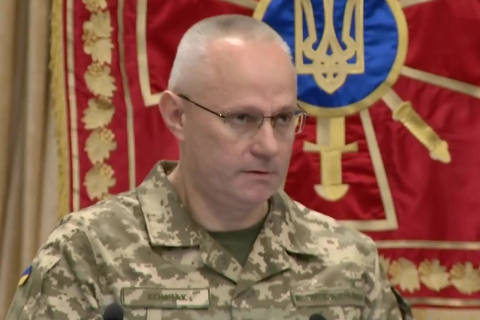 The spokesman for the General Staff of the Ukrainian Armed Forces, Bohdan Senyk, has denied rumours that General Staff Commander Ruslan Khomchak has resigned, the BBC Ukrainian has reported.

“There is a bogus story, a Russian fake about this. Information about Gen Khomchak’s resignation is not true. I would like to ask the media not to share it,” Senyk said.

The source of the news about Khomchak’s possible resignation was a Facebook post by a former deputy head of the Security Service of Ukraine (SBU), Viktor Yahun.

He later told one of the TV channels that Khomchak could be replaced due to “disagreements with the president”, but he was not sure that the decision would be taken.