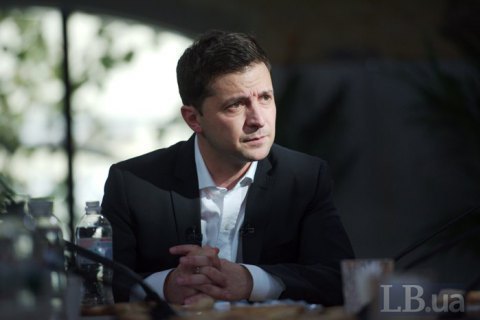 President Volodymyr Zelenskyy believes he can negotiate a deal with Vladimir Putin to end the war in Ukraine, but has threatened to walk away from the talks after a year if there is no progress with his Russian counterpart, the Guardian has said.

“Time is ticking,” he told the Guardian in an interview to be published in full on Saturday. “The government can spend one year on the entire agreement. Then it should be implemented. Any longer is prohibited.”

Zelensky said his meeting with Putin in Paris in December had “a few emotional parts”. He believes he got through to Putin during the meeting: “I think he listened to me. I had that feeling. I hope it’s not a false feeling.”

He said he was focused on human lives over territory, and pointed to a recent prisoner swap as a sign of progress: “Who is this all being done for? For people. What’s the point of returning our territory if a million people die?”

He said he felt the parties should take a flexible approach to the Minsk agreements, which Ukraine signed under extreme pressure five years ago to end major fighting. Zelenskyy said Putin repeatedly rebuffed his proposals for compromise by referencing Minsk, under which the Kremlin will only relinquish control of Russia’s border with Ukraine at the very end of the process. Russia regularly funnels money, troops and weapons across the border.

Zelenskyy gave a deadline of a year from December’s first summit with Putin to find a breakthrough. “I won’t give my five years, which were given to me by the Ukrainian people, to work on Minsk for five years. I won’t do it,” he said, adding there were “two or three plans” of what to do after walking away from talks, but declining to elaborate.

He said the peace negotiations were a distraction from his domestic agenda, which has been hampered by political infighting that culminated in his decision this week to oust the prime minister.