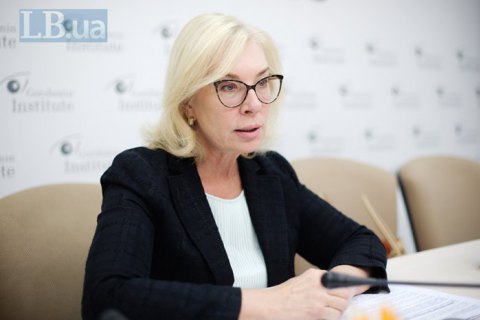 Ukraine included 86 Crimean Tatar prisoners in a list for potential exchange, which includes 200 names, parliament’s representative for human rights, Lyudmyla Denisova, has said, according to Ukrinform.

“There are 86 Crimean Tatars in it, including those who are at various stages of criminal prosecution: either only convicts and those who are serving sentences, or citizens who have served sentences and are in restrictive conditions,” she said.

Denisova noted that Ukrainians held in the occupied territories of Donbas are also included in the list.

“Why do we say that there is a total of up to 200 people? Because we, my office and other government bodies of Ukraine, sometimes cannot determine the exact location of a particular citizen. There is a situation when someone is missing and the Ukrainian side puts these people on the lists to find and exchange them, while the other side either confirms the presence of such people or not," she said.

On 1 March, the head of the Office of the President of Ukraine, Andriy Yermak, and the deputy head of the Russian presidential administration, Dmitry Kozak, discussed in Minsk an exchange of prisoners in the “all for all” format.

According to Denisova, there are between 113 and 115 people in Russian custody, of which more than 80 are Crimean Tatars. The list of the Crimean Tatar Resource Centre includes 86 Crimean political prisoners. The Crimean human rights group has the same number.

The previous large-scale exchange of prisoners between Ukraine and Russian-controlled Donetsk and Luhansk fighters took place on 29 December 2019. Seventy-six citizens returned to the government-controlled territory. In turn, 127 people were brought to the temporarily occupied territories, while 14 refused to return to the militants.