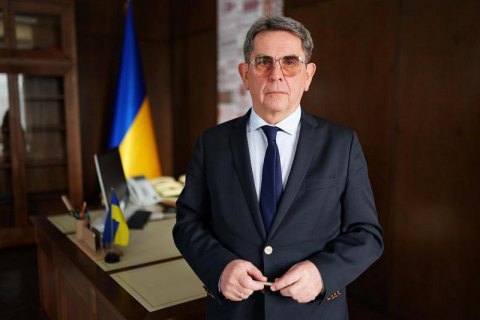 Acting Health Minister Illya Yemets has called for a strict quarantine in Ukraine which would result in limited mobility and the closure of shops.

"We have no right to wait for the mass infection of Ukrainians. We must act immediately, be proactive. Tough and without exceptions. It is necessary to close public catering establishments and shopping centres, only pharmacies and grocery stores should work, it is necessary to restrict movement within the country, let workers remotely, review public transport schedule and limit the permitted gatherings in groups to 10 people," his statement on the official website of the Health Ministry reads.

He suggested that hospitals should be immediately reassigned as infectious medical establishments and treat other diseases only in urgent cases.

Yemets said that he considers the threat of the coronavirus "greater than ever."

At the same time, he called on the public not to panic but to "mobilize, get yourself together and help yourself, your relatives and your fellow citizens”.

"Now there is still an opportunity to prevent a terrible tragedy across Ukraine. Successful experience in other countries has shown that self-isolation is the most effective way to prevent the spread of the disease," Yemets said.

Later, Deputy Health Minister Viktor Lyashko said at a briefing that this initiative would be considered in the coming days. "I cannot predict but it can happen either on Monday, Tuesday or Wednesday," he said.

"We will recommend changing the schedule of public transport in order to minimize crowding in one place. One of the effective preventive measures is the distance from a person to a person. At the distance of one and a half metres, the risk of getting infected is minimal," he said.

Infrastructure Minister Vladyslav Krykliy, for his part, said that so far this is only an initiative of the Health Ministry and no final decision has been taken yet.

Ukraine reported the first death from coronavirus after a 71-year-old woman died in Radomyshl, Zhytomyr Region. Her diagnosis was confirmed on 12 March and her condition was already grave when she was hospitalized.

There were two more confirmed cases of coronavirus in Chernivtsi Region. Both cases trace back to Italy.