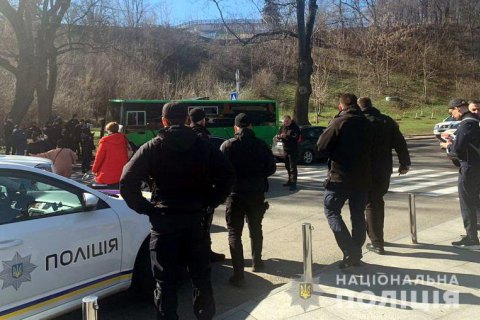 The Kyiv police have detained 15 members of the far-right National Corps over a scuffle that broke out at the presentation of the National Unity and Reconciliation Platform.

“The perpetrators’ actions are treated as hooliganism committed by a group of people,” the police said, saying that these were “active participants in the events”.

Among them were Maksym Zhorin, Serhiy Tamarin, Vladyslav Sobolevskyy and Oleksandr Volkov, who are vetarns of the Azov regiment.

They wanted Serhiy Syvokho, the author of the presentation, to say definitively where hostilities in Donbas are a war or an internal conflict.

Pushing and shoving began and Syvokho was hustled towards the exit. Police arrived and Syvokho left the presentation.