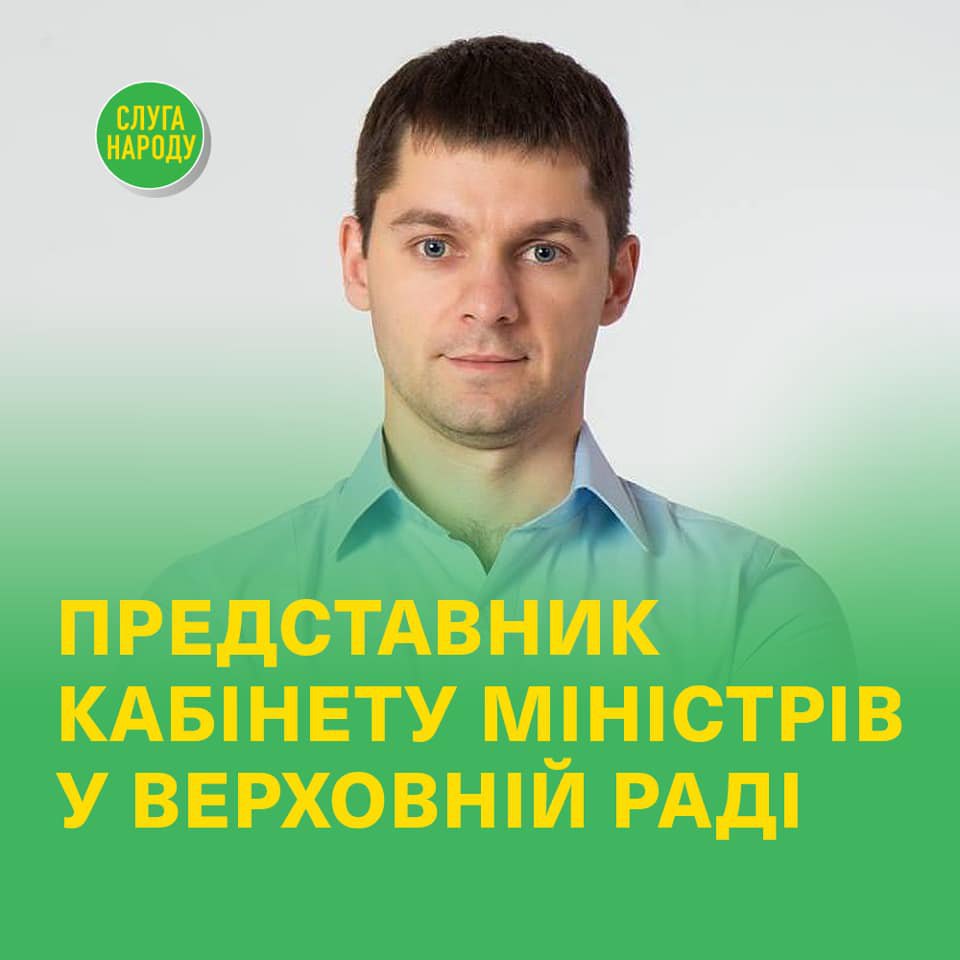 The Cabinet of Ministers has appointed propresidential Servant of the People faction MP Vasyl Mokan its representative in parliament, the faction’s deputy head, Yevheniya Kravchuk, has said on Facebook.

“He will oversee communications between parliament and the Cabinet of Ministers. A pundit who was elected to parliament on the Servant of the People list under No 103, currently a deputy head of the parliamentary committee on youth and sports,” Kravchuk said.

The previous representative, Olena Shulyak, resigned following the recent government reshuffle. She said that it would be difficult for her “to adjust to a new order, other government programmes and ideas”.