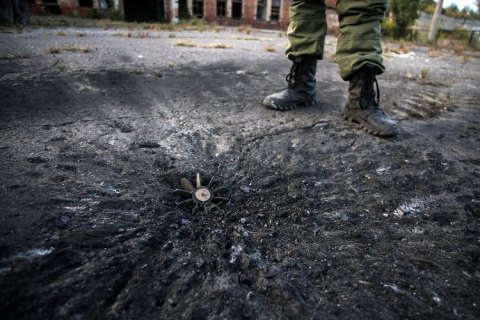 Two Ukrainian servicemen were killed, nine wounded or injured as a result of nine ceasefire violations by pro-Russian militants in Donbas on 10 March, the Joint Forces Operation (JFO) HQ has said on Facebook.

“Today, on 10 March, the Russian occupiers fired an anti-tank missile on an army lorry of one of the units of the Joint Forces near the population centre of Pisky (Donetsk Region). According to the specified reports, one Ukrainian defender was killed on the sport after it was hit by an anti-tank guided missile. Another serviceman died of wounds in a while. Seven servicemen sustained wounds of various degrees, one more defender was taken to hospital with a combat injury,” the JFO HQ said.

As a result of enemy fire, one more Ukrainian serviceman sustained a combat injury.

All of the wounded received comprehensive medical assistance, according to the HQ.

According to the update, on 10 March, militants fired on the JFO units with 120-mm and 82-mm mortars banned by the Minsk agreements, an anti-tank missile system, grenade launchers of various systems, heavy machine guns and small arms.

Five attacks were registered in the sector of the East operational-tactical group and four more in the North sector.