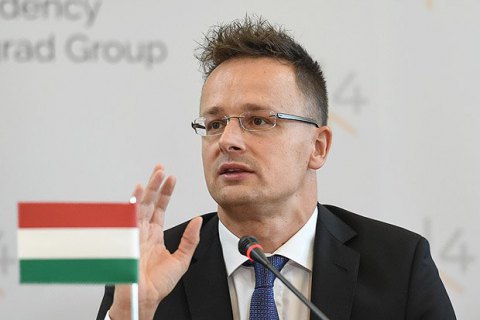 Hungary will continue to block NATO-Ukraine Council meetings until minority rights are restored in Ukraine, Péter Szijjártó, the foreign minister, told lawmakers on Tuesday, according to the Hungary Today website

In a speech in the Hungarian parliament, Szijjártó said Hungary’s stance had been portrayed on the global stage as a Russia-friendly policy. This, he said, was “absurd”.

“He said that in terms of Hungary’s bilateral ties with neighboring countries, its relations with Ukraine were the most challenging. Whereas Hungary supports Ukraine on matters of territorial integrity and sovereignty, it must keep in mind the many violations in legislation of Hungarian national minority rights. The violations not only concern the Hungarian community’s rights but minority rights more broadly,” the website quoted him as saying.

The aims of ensuring that every Ukrainian citizen speaks the state language properly while national minorities are able to speak in their mother tongue should not be mutually exclusive, Szijjártó said.

The minister noted that on 26 March, his Ukrainian counterpart, who has been asked by his president to work towards restoring bilateral relations, will visit Budapest.