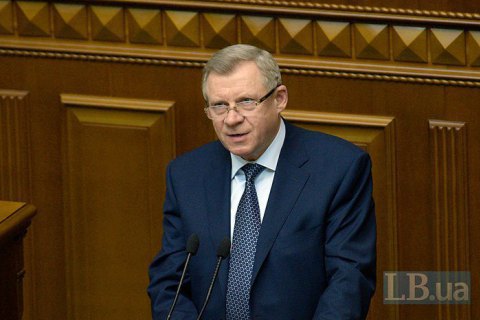 The governor of the National Bank of Ukraine, Yakov Smoliy, has said that there are no grounds for default in Ukraine.

"We see no reason for such development of events and do not consider the default option for Ukraine at all today," he told reporters at a briefing on Thursday.

At the end of December Ukraine tentatively agreed a new $5.5bn loan programme with the IMF but has not yet fulfilled the terms of the fund. Smoliy believes that this is a temporary delay.

Over the past year and a half, oligarch Ihor Kolomoyskyy has several times suggested that Ukraine should default.

However, the first deputy head of the NBU, Kateryna Rozhkova said in an interview with LB.ua that default is for Ukraine in any case .