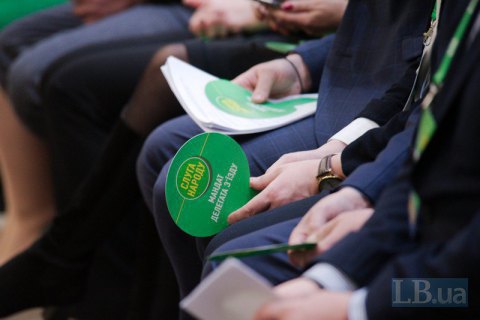 A number of MPs of the pro-presidential Servant of the People party have published an appeal to the president of Ukraine on behalf of their party members in connection with the recent Minsk talks on Donbas.

In particular, this concerns the talks on the possibility of resuming water supply to Russia-annexed Crimea, statements about an “internal conflict” in eastern Ukraine, and the decision approved by the Ukrainian representatives in the Minsk trilateral contact group on Donbas to create an Advisory Council as part of the political subgroup.

It is noted that in accordance with Ukrainian legislation, the occupying authorities of Russia are acting on the temporarily occupied territory of Ukraine, having usurped the exercise of power. Therefore, the laws of Ukraine make it impossible to recognize any government bodies of the so-called LPR [Luhansk People’s Republic], DPR [Donetsk People’s Republic], ORDLO [certain areas of Donetsk and Luhansk regions] in any form.

The appeal says that the MPs are aware that the Advisory Council being created is only an advisory body without the right to make decisions.

"At the same time, in our opinion, the implementation in practice of the clause on the Advisory Council published by the Ukrainian media lays the foundation for questioning the position of our state, enshrined in Ukrainian legislation, that armed aggression is being carried out in eastern Ukraine by the Russian Federation which has temporarily occupied the Autonomous Republic of Crimea, Sevastopol and territories in Donetsk and Luhansk regions,” the statement reads.

It is noted that such an approach may call into question the extension of sanctions against Russia and does not solve the security component in the conflict in Donbas.

The MPs called on Zelenskyy to prevent the implementation of the published decisions on the establishment of an Advisory Council in ways and forms that do not find support from Ukraine, contradict its legislation and state interests.

“We also urge the president of Ukraine to oblige the Ukrainian delegation to negotiations with Russia to hold consultations on a regular basis and inform the Ukrainian parliament about the approaches and state of negotiations,” they added.

On 11 March, the Minsk trilateral contact group on a Donbas settlement agreed to create a so-called Advisory Council as part of the political subgroup.

The Advisory Council is expected to include 10 representatives from Ukraine and 10 from the occupied areas of Donetsk and Luhansk regions, as well as one representative with a deliberative vote from the OSCE, Russia, Germany and France.