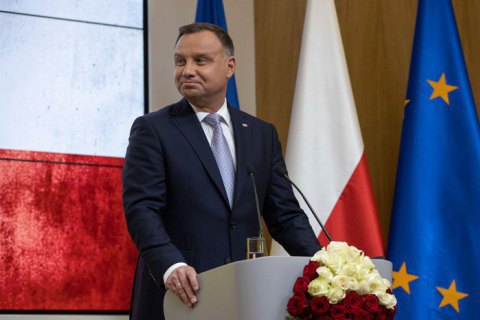 Polish President Andrzej Duda has cancelled his 13 April visit to Ukraine due to the coronavirus pandemic, Ukrainian News has learned from the Foreign Ministry press service.

Duda planned to honour the victims of the 1940 Katyn massacre. Eight years ago, acting on the order of Joseph Stalin, the NKVD murdered 22,000 Poles in the Katyn forest (Smolensk Region, Russia) and a number of prisons and camps in Belarus and Ukraine, in particular Kharkiv.

The Foreign Ministry did not say whether the visit was to be rescheduled.