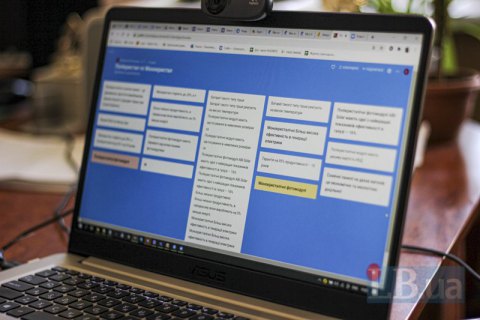 Authoritative international agencies that form the rankings of universities have confirmed their readiness to exclude Russian higher education institutions. This was announced today by the press service of the Ministry of Education of Ukraine.

The exclusion of Russian universities from the relevant rankings and the termination of cooperation with Russia was an initiative of the Ukrainian Ministry of Education and Science. In response to a request, the Times Higher Education publishing house, which forms the university's ranking of the same name, expressed solidarity with the ministry's position.

Representatives of the publishing house guaranteed that Ukrainian universities that appear in any of the THE rankings will be kept in the rankings next year, regardless of the ability to submit data for update. At the same time, access to the profiles of Russian universities will be limited.

The publishing house noted that the support of Ukrainian universities, their staff and students will be the topic of future publishing summits, during which a charity fundraiser will be organized to help Ukrainian scientists that are affected by the war.

Representatives of another company, which forms the U-Multirank rating, also announced the removal of the "Study in Russia" pages and university cities, as well as the exclusion of Russian universities from the rating.

"The answers emphasize that the barbaric Russian aggression against Ukraine fundamentally undermines the core values of higher education, which mean respect, sovereignty and peaceful international exchange. Similar measures are suggested to be taken against the Republic of Belarus, which contributed to Russia's attack on Ukraine," the Ministry of Education said.

As a reminder, in connection with the beginning of the Russian attack on Ukraine the Ministry of Education extended registration for external independent evaluation (ZNO) till 9 April.The same is about the state final certification (DPA) for students of 4th and 9th grades.