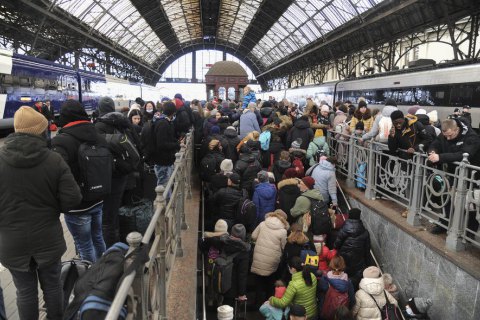 In the Netherlands, homeowners are outraged by Russia's military invasion of Ukraine, and thus they terminate leases with Russians.

This was reported by Ukrinform with reference to NOS.

"The landlord has stated that he is terminating his contract with a Russian citizen due to the war in Ukraine. A Russian emigrant in Amsterdam received a message from the owner that the reason for this decision was her Russian citizenship,” the statement reads.

The woman immediately complained to the fund, which deals with the violation of tenants' rights.

The media has reported on similar cases.

In return, thousands of Dutch people have said they are ready to receive Ukrainians fleeing the war for free. The Netherlands is also preparing for the arrival of a large number of refugees from Ukraine. In particular, special reception points are organized and places for living are arranged.

The first Ukrainians arrived in the Netherlands last night. These are 120 people who were hosted in the Harskamp army camp. There is a place for a maximum of 950 people who can stay there until the end of May. Also, on Friday morning, 50 Ukrainians arrived at Waddinksen city. They were hosted in the gym, where they can stay for a week. The municipality is looking for opportunities to accommodate them for a longer period of time.

The municipality of Rotterdam said that a total of two thousand berthі will be arranged. Authorities are also looking for translators who can help them communicate with Ukrainians.

As a reminder, earlier, the Prime Minister of the Netherlands Mark Rutte has stated that his country would generously provide asylum to Ukrainians fleeing the Russian invasion.

On the 24th of February, Russia declared war on Ukraine. Russian troops simultaneously crossed Ukrainian borders from the direction of north, east and Crimea. They are destroying cities, killing civilians, shelling and destroying infrastructure, and their missiles are hitting Ukrainians' homes.

In Ukraine, martial law was imposed and general mobilization was announced. The Armed Forces of Ukraine, with the support of all citizens, courageously oppose the aggression of the Russian Federation.