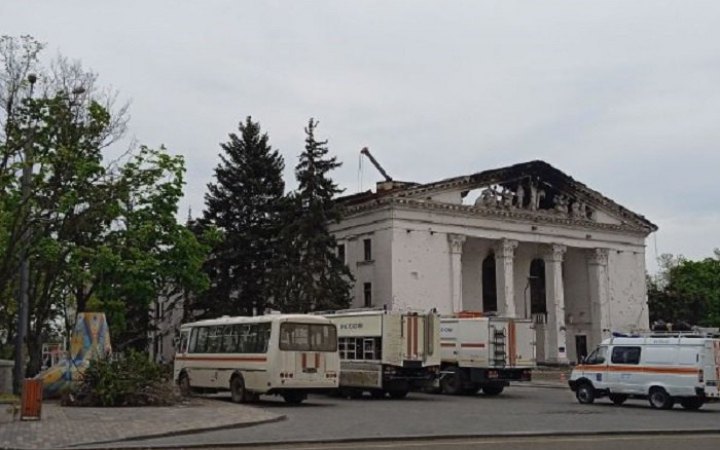 The russian occupiers continue to dismantle the rubble of the bombed Drama Theater in Mariupol.

The adviser to the mayor Petro Andryushchenko reported about it.

"The occupiers are continuing to dismantle the rubble of the Drama Theater. Our sources say that yesterday and today the bodies of the victims were taken away by truck to the Old Crimea. The clearing area is guarded and denied access to locals," he wrote in the Telegram channel.

"The operation to conceal the consequences of war crimes continues," Andryushchenko added.

In March, russian troops dropped a bomb on the Drama Theater in Mariupol, where hundreds of people were hiding. Mariupol City Council, citing witnesses, said that about 300 people died under the rubble. And in early May, the Associated Press News, based on its own investigation, published information about nearly 600 dead.

On May 10, Andryushchenko said that russian invaders were dismantling the rubble of the Mariupol Drama Theater and involving the russian ministry of emergencies because locals refused to help the occupiers, who

published data on 12 deaths on May, 17. "We also understand where the bodies of others are. They are hidden under numbers in the nameless mass graves of Mangush," said the adviser to the Mariupol mayor.