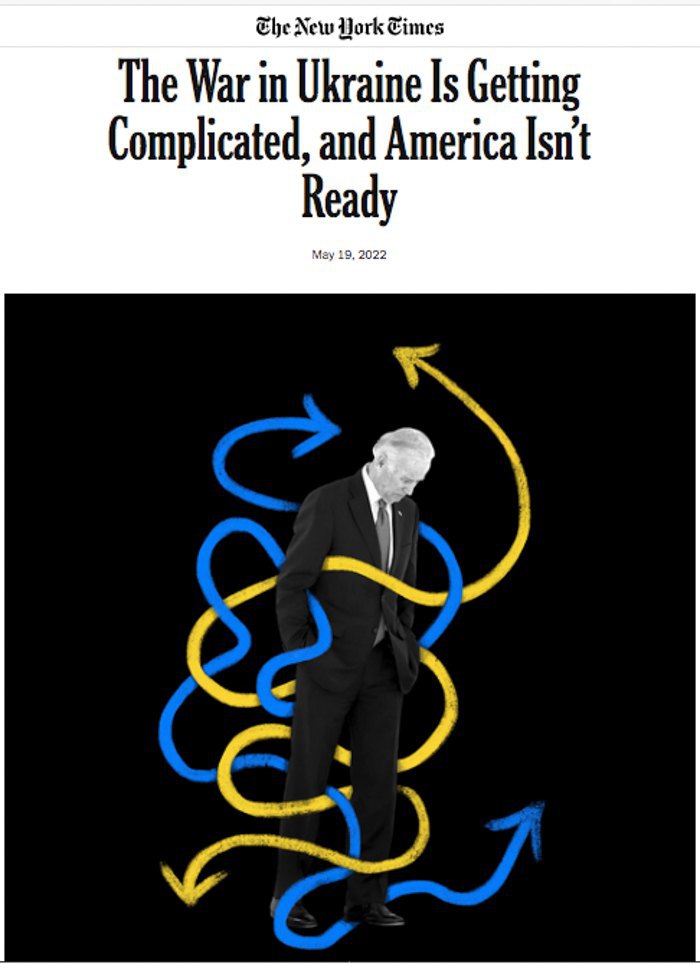 That article appeared synchronously with Italy's initiatives on a peaceful settlement with the russian federation, the key point of them being to create a non-aligned neutral Ukrainian state. It was published after quite peculiar statements of the leaders of France and Germany about the necessity to form a new union in Europe that Ukraine could join with effectively no prospects for our state to become an EU member.

Of course, we can simplify everything and talk about how the Italian government must be listening to Putin's friends (members of the ruling coalition), the right-wing leaders Salvini and Berlusconi who advocate for the pacification of the rf. We can say that France and Germany have been trying to hamper Ukraine's movement into Europe and deepen cooperation with Putin's russia for years. However, that would really be a great simplification.

In the Western world, as probably always during the huge military stand-offs and wars, different voices are speaking – some, apparently facing the loss of political popularity against the background of global economic challenges, are thinking about a swift ending of the war on any terms. Even if those terms are set by an autocrat carrying out an invasion campaign, killing and torturing civilians in the process. 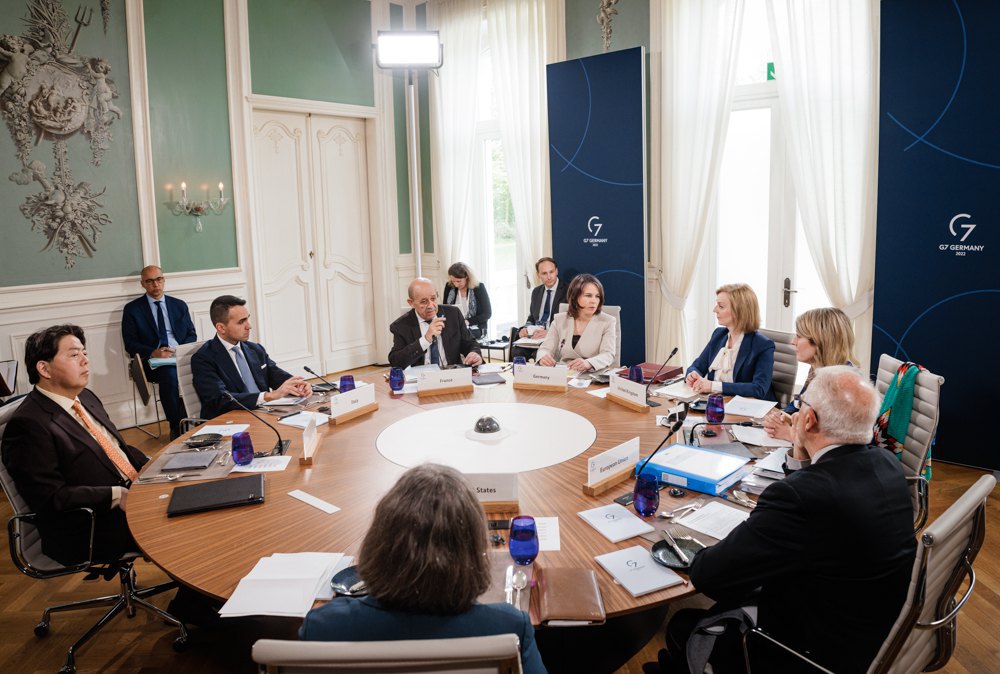 Photo: picdrop.com
During the meeting of the G7 MFA leaders in Lübeck, Germany, on 13 May 2022

And for The New York Times papers, as the Democratic party mouthpiece, it's important to show the Biden's administration that some members of his party are not very happy with the ratings dropping and the prospect to lose the majority at the US Congress elections (particularly, in the House of Representatives ones which will take place in the November of 2022).

This is the signal Ukraine should listen to carefully. Kyiv should take this position into account as it may affect the way the United States will act in the future. By no means everything in this country depends on Biden. A lot of decisions are made on the party level while bearing in mind the positions of different companies and social groups.

"But as the war continues, Mr. Biden should also make clear to President Volodymyr Zelensky and his people that there is a limit to how far the United States and NATO will go to confront Russia, and limits to the arms, money, and political support they can muster. It is imperative that the Ukrainian government’s decisions be based on a realistic assessment of its means and how much more destruction Ukraine can sustain," – the media writes.

Obviously, part of the Democrats is concerned about the economical issues. After three months of war Americans faced a rise in fuel, energy, food, and care products prices. If you add the global inflation and global crisis to this the situation really doesn't look so rosy. The incomes of truckers, farmers, and entrepreneurs dropped. All of them are the electorate the Democrats count on in the elections, and their support depends on very simple things – full wallets and full bellies. Democrats can not neglect that. 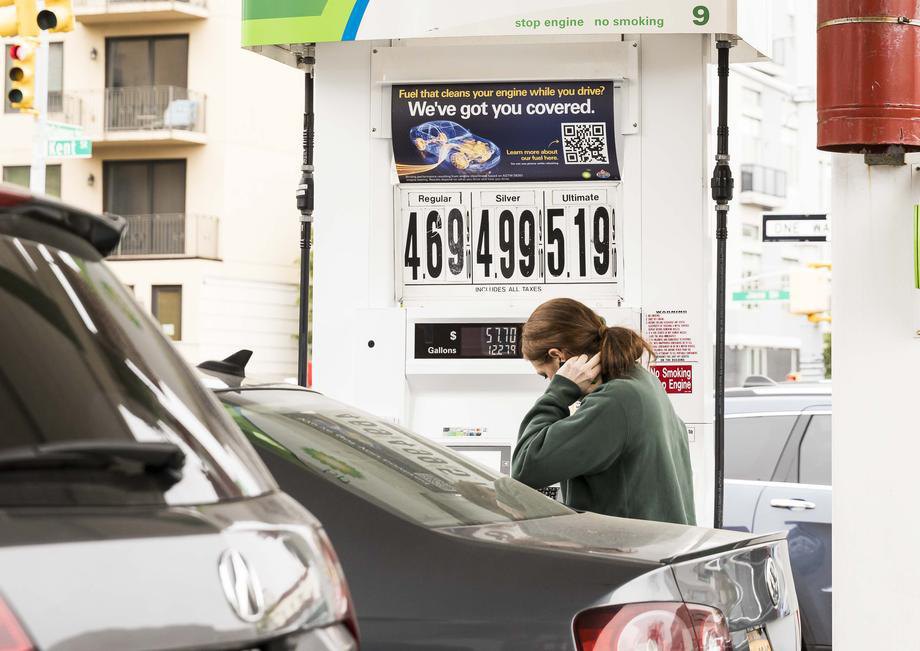 Photo: EPA/UPG
Gas station in Brooklyn, New York, 13 May 2022. That week the average gas price in the US reached its all-time high in the country's history.

Biden and his administration have some more room for maneuver, but surely the White House doesn't want to lose its majority in one of the Congress houses as in the long run that would lead to blocking of a lot of important political and economical decisions.

At the same time, when The New York Times team writes that "Americans have been galvanized by Ukraine’s suffering, but popular support for war far from U.S. shores will not continue indefinitely. Inflation is a much bigger issue for American voters than Ukraine, and the disruptions to global food and energy markets are likely to intensify", it's being a bit disingenuous.

It's russia's aggressive action that led to the artificial rising in the price of all the energy carriers in the world. And it was russia that started this campaign to destabilize the markets a year before the full-scale offensive. Remember what was going on with the russian gas price before the war – it was record-high.

The rf's current blockade of the Black Sea and Ukrainian seaports, and its food blackmailing is causing a global crisis and resulting in millions of people starving. This crisis is artificially created by Moscow which strives to destroy Ukrainian agricultural exports, seize Ukrainian port property, and enhance the capacity of its sea gate in Novoazovsk. The Kremlin is already saying: food in exchange for lifting sanctions. And it's artificially restraining the export of its own and Ukrainian food products. 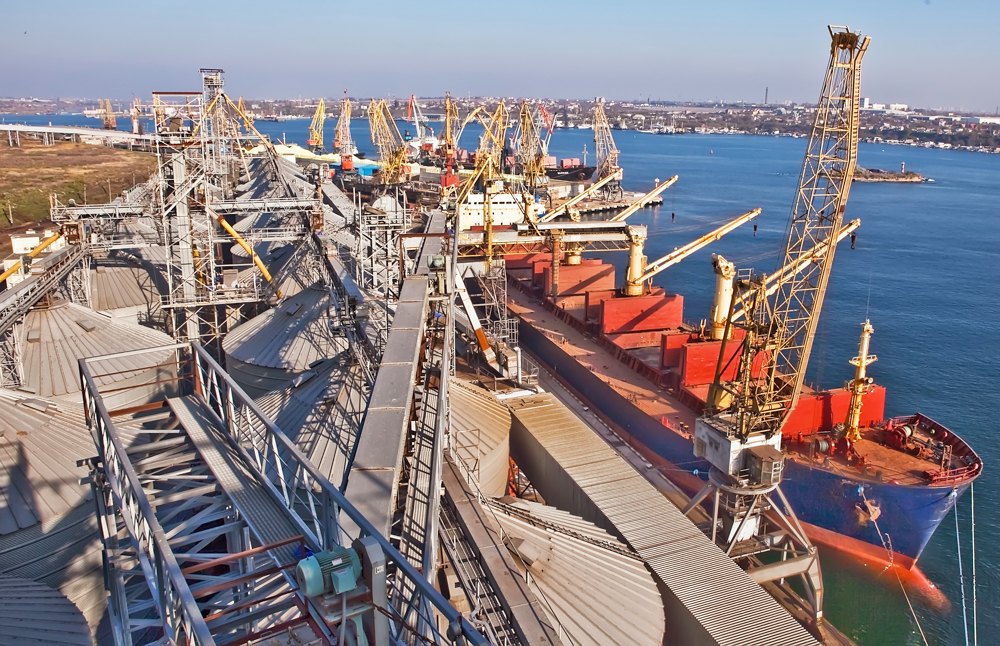 The only thing that's real is the global financial crisis and huge inflation. But these factors are also enhanced by the rf's aggressive actions. And this is exactly why the ordinary citizens of the US, Ukraine, Britain, and other countries of the world suffer.

After that The New York Times team makes a strange conclusion: "A decisive military victory for Ukraine over Russia, in which Ukraine regains all the territory Russia has seized since 2014, is not a realistic goal. Though Russia’s planning and fighting have been surprisingly sloppy, Russia remains too strong, and Mr. Putin has invested too much personal prestige in the invasion to back down".

The American journalists mention that "if the conflict does lead to real negotiations, it will be Ukrainian leaders who will have to make the painful territorial decisions that any compromise will demand".

The thing is that Ukraine will not concede to a peace agreement with russia, it will not give up its territories. Not only because Ukrainian people don't want it (although this alone would be enough) but because, after a while, Putin or his successor will order to attack and occupy our country all the same. 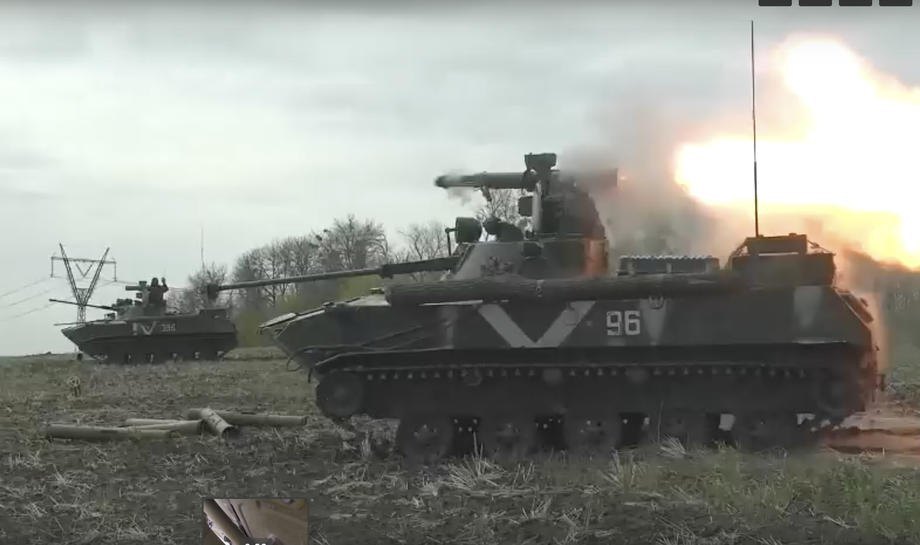 If anyone forgot, in 2014, when russia occupied Crimea and part of Donbas, we had the Russian–Ukrainian Friendship Treaty and Kharkiv Pact. They had the guarantees of Ukraine's sovereignty and territorial integrity written in them. We had the Budapest Memorandum that provided, however vague, guarantees of our safety. By the way, it came with a high price – Ukrainian nuclear potential, the fourth largest in the world. None of it helped us: russia violated everything it possibly could violate.

We have the Minsk agreements – essentially, a plan (unfavorable to Ukraine) to return and incorporate Donbas. It was what The NYT is calling for now. And what happened as a result? Russia organized the full-scale invasion.

If we give in to russia now, it will, after preparation and analysis of all its mistakes (i.e. reasonable assessment of the Ukrainian potential), attack again. A year, two, eight, or twelve years later, but it will happen again.

The reality is that Ukraine can win now, win against all odds, because the entire war strategy of Putin and his command was wrong. And it's possible to take advantage of that. Moreover, there are no guarantees that let's say, the situation in the world doesn't change in the next three-five years and it will still support Ukraine, imposing sanctions on russia, restricting and isolating it.

At the same time, if the US and its allies relent or make some careless decisions now, the war will drag on. Then there will really be new risks that everyone should calculate.

The only point of the authors that I can surely agree with is that the US administration must finally answer themselves and the whole world: are they still ready to weaken Putin and save peace from another world war?