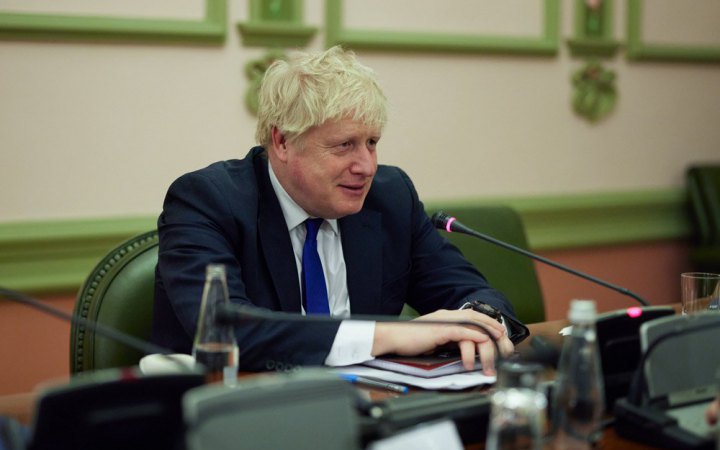 Prime Minister Boris Johnson said on Thursday Britain was willing to assist with demining operations off Ukraine's southern coast and was considering offering insurance to ships to move millions of tonnes of grain stuck in the country, Reuters has reported.

"There is a job of work to be done. We are working with the Turks and other European friends and allies to see what we can do," Johnson told Reuters in an interview during a visit to Rwanda for a Commonwealth summit.

"What the UK possibly has to offer, most of all, is expertise when it comes to maritime insurance, and a lot of expertise in moving goods through should we say contested areas of the sea," he explained.

Asked if Britain was ready to help Ukraine demine the area, Johnson said: "Yes, I don't want to get into the technical or military details, but you can take it from what we have already done in supplying equipment to the Ukrainians to help themselves protect that we are certainly talking to them at a technical level to help demine Odesa."

As previously reported, no specific agreements have been reached yet on holding quadrilateral talks with the participation of Ukraine, russia, Turkey and the UN to resolve the issue of grain export from Ukrainian sea ports blocked by russia.

A delegation of the Turkish Defence Ministry said after its visit to russia that it had reached an understanding to hold quadrilateral talks with the participation of Ukraine and the UN.