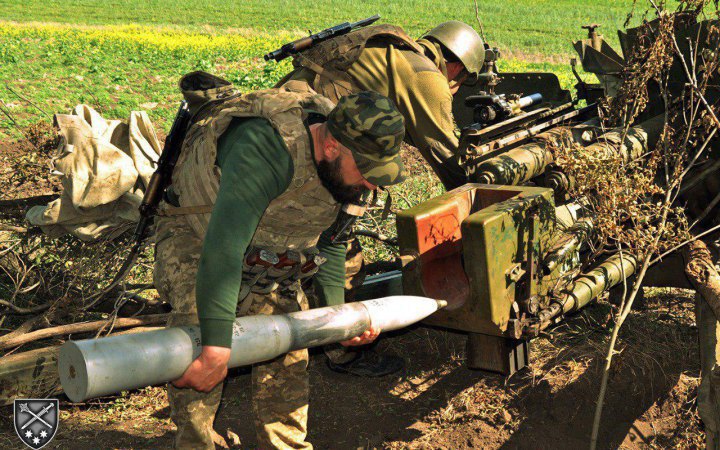 Ground forces of the UAF

The one hundred ninety-eight (198) day of the resistance to the russian military invasion continues. The enemy concentrated its efforts on establishing full control over the territory of Donetsk region, maintaining the temporarily captured districts of Kherson, part of Kharkiv, Zaporizhzhya and Mykolaiv regions. The UAVs constantly conduct aerial reconnaissance,

continues to take measures to improve the logistical support of its troops, the General Staff of the UAF said.

Over the past 24 hours, the enemy has carried out 45 air and 5 missile strikes, in particular on the settlements of Kostyantynivka, Tsyrkuny, Radushne, and Kharkiv. There are victims among the civilian population.

In the Siversky area, the intensity of shelling by the enemy has significantly decreased.

In other areas, the enemy continued to attack military and civilian objects of Ukraine, namely:

in the Slovyansk area - near Dolyna, Krasnopilla, Slovyansk and Mykilske;

in the Avdiyivka area - in Kamianka, Avdiyivka, Pervomaiske, Vodyane and Opytne districts;

In connection with the offensive of our troops, in some areas of the Kherson region, units of the armed forces of the russian federation are switching to tactics of terrorist actions against local civilians. Thus, according to available information, in the settlement of Velyka Oleksandrivka, the occupiers are using the local population as a "human shield". The village is closed for entry and exit.

Units of the Defence Forces heroically hold their positions and prevent the enemy from advancing. Our defenders successfully repelled the enemy's offensive in the areas of Udy, Kostyantynivka, Virnopillya, Ploske, Mayorsk, Bezimenne and Kamyanka.

Defence forces are conducting a successful counteroffensive in the Kharkiv area. Thanks to skillful and coordinated actions, the Armed Forces of Ukraine, with the support of the local population, advanced almost 50 km in 3 days. According to intelligence, some enemy units suffered significant losses. The occupiers are trying to evacuate wounded personnel and damaged military equipment to the areas of Vilkhuvatka and Borodoyarske settlements.

Personnel of the occupying forces in civilian clothes resort to desertion and try to return to the territory of the russian federation. So, during the day, more than 15 such cases were noted.

Missile troops and artillery of our land groupings continue to perform tasks of counter-battery combat, disruption of the command and control system and logistical support, damage to the enemy's manpower and combat equipment.

During the past day, in order to support the actions of land groupings, the Air Force of the Defence Forces carried out more than 20 strikes, 2 platoon strongholds, 15 areas of concentration of manpower and military equipment, and 3 anti-aircraft missile systems were hit. 4 UAVs and a Ka-52 helicopter were destroyed. Enemy manpower losses are being clarified.