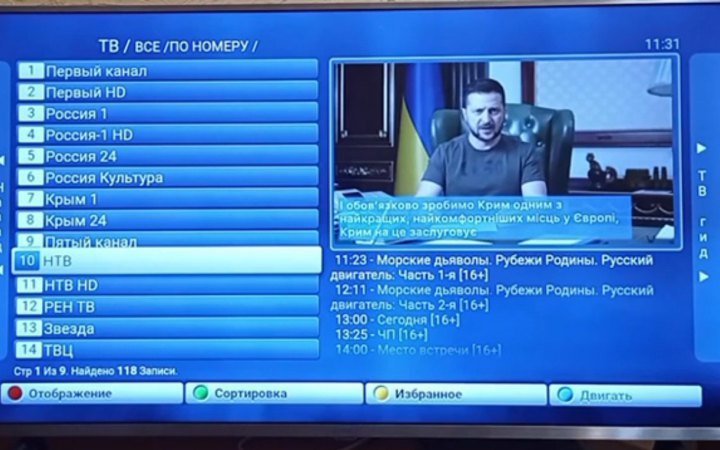 Cyber activists launched an address by the President of Ukraine Volodymyr Zelenskyy on the TV channels of the temporarily occupied by russia Crimea.

The video urged the Ukrainians of the peninsula to stay away from russian military facilities and report information about the occupiers to the Ukrainian special services.

"Believe in the Armed Forces of Ukraine and wait for liberation… Crimea is coming back home," the titles read.

Zelenskyy noted in his address that the russians have turned the Ukrainian peninsula into one of the "most dangerous places in Europe." He added that “Ukrainian life and the Ukrainian flag will return to Crimea again” and “we will free all our land and our people.” For this, the Armed Forces of Ukraine, intelligence and special services "are taking the necessary steps", and they can already "be heard."

Earlier, cyber activists hacked the Crimean television, and its viewers could see a video in which President Volodymyr Zelenskyy promised the russian occupiers the most troubled life on Crimean land.

Before that, the cable network in the Altai Territory of the russian Federation was hacked and a video was launched with the wish of "Eternal memory of the russian Air Force" (to the air force of the aggressor country).