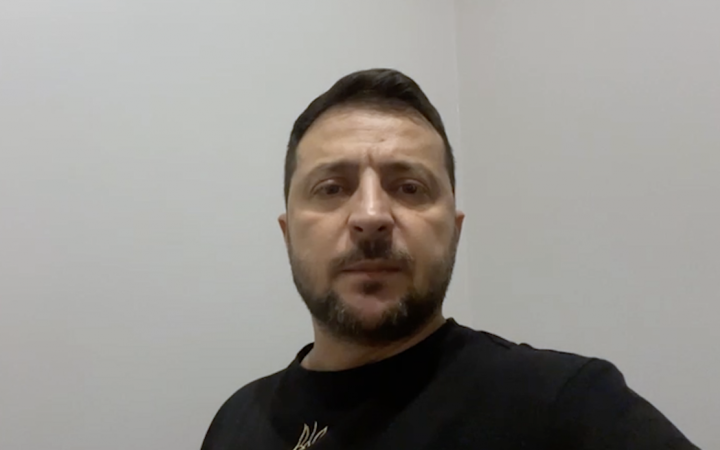 President Volodymyr Zelenskyy said in his regular evening address that the advance of Ukrainian troops in different directions of the front continues. As of now, as part of active actions since the beginning of September, about 2,000 kilometers of Ukrainian territory have already been liberated, he said.

The following is the text of his speech published on the president's official website:

First of all, today I want to congratulate two of our cities, beautiful, strong cities, on their day – Lyman and Dnipro.

The Armed Forces of Ukraine and all those who defend our state, the Special Operations Forces, our intelligence, special services, the National Guard, the police will restore peace in every corner of our state, where Russia has brought only grief and suffering.

Dear residents of Dnipro! Your city has done so much for Ukrainian defense both since 2014 and since February 24 that the history of our victory is also the history of Dnipro, it is undoubtedly well deserved.

I held a meeting of the Supreme Commander-in-Chief Headquarters today. Reports on the situation on the front lines from the commanders of operative areas were presented. The necessary decisions were made.

We discussed support of our military. We listened to the report of Defence Minister Reznikov on the results of the meeting at Ramstein Air Base. Thanks to our partners for their support!

The movement of our soldiers in different directions of the front continues. As of now, as part of active actions since the beginning of September, about 2,000 kilometers of our territory have already been liberated.

These days, the Russian army is showing its best – showing its back. And, in the end, it is a good choice for them to run away. There is and will be no place for the occupiers in Ukraine. However, I emphasize once again: if any of the Russian troops or security forces men are afraid to return to Russia now, we guarantee that everyone who is detained by our soldiers will be treated in accordance with the Geneva Conventions.

I spoke today with French President Macron. I briefed him on our activity at the front, about further prospects. We discussed Russian provocations at the Zaporizhzhya NPP and the need for immediate demilitarization of the plant and the immediate withdrawal of Russian troops from there. I also talked with Mr. President about increasing defence support of our country, about increasing pressure on Russia, in particular about sanctions pressure, about visa restrictions for citizens of the Russian Federation.

The arrangements reached during yesterday's agreements with Head of the Polish government Morawiecki were developed at a meeting devoted to the issues of support for our Polish brothers during this autumn and winter, our energy cooperation with Poland, as I promised him.

I instructed to speed up the reconstruction of the power transmission line from the Khmelnytsky NPP to the Polish city of Rzeszów – the first Savior City. Thank you, Rzeszów. Let me remind that this special title was awarded to Rzeszów back in the spring for extremely important assistance to Ukraine. We must complete this reconstruction by December 8 and provide Poland with the necessary amount of electricity.

Of course, all this is possible only if Ukraine maintains normal control over the Zaporizhzhya nuclear power plant. We are working on the international solutions required for this.

I also instructed the Cabinet of Ministers to work out the possibility of an urgent supply of 100,000 tonnes of thermal coal to Poland right now. We currently have sufficient volumes for ourselves and can help our brothers prepare for this winter.

Today, I welcomed the delegation of UK parliamentarians who arrived in Kyiv. Their negotiations with Head of the Office Andriy Yermak took place – they were very substantive. Among the most important things are security guarantees for Ukraine, our interaction with the UK, as well as the possibilities of our coordination in such regions as, for example, Latin America. We must continue expanding our anti-war coalition.

Today, I had a very interesting and useful meeting with Timothy Snyder, a well-known historian, Professor at Yale University and a great friend of Ukraine. Mr. Snyder did a lot to make our country, our people, and our history known and understood in the world. His books are well known to Ukrainian and international readers. And soon there will be another book, he is preparing it now.

I was pleased to share some memories of both February 24 and the events of the previous time. We discussed the nature of Russian aggression, propaganda, and the evil that the occupiers are doing. They will definitely be responsible for everything they have done on Ukrainian land.

Today, I'm thankful to the soldiers of the 15th Slavic Regiment of the National Guard of Ukraine, who distinguished themselves in the Kharkiv direction. Well done!

I'm thankful to the troops of the 214th separate rifle battalion for securing the situation in Balakliya, who, together with units of the Main Intelligence Directorate, Special Operations Forces, special forces of the National Guard and the police, returned full control to the city.

I'm thankful to all our defenders, who during these weeks made the approach of the main thing we need – our victory – even more tangible!